17/03/2015
I’m proud to say I have finally accomplished a lifelong dream of seeing my shots on the cover of Muscle & Fitness magazine – thanks to man-of-the-moment David McIntosh. It’s great for me working as a boxing photographer in addition to my muscle, fitness and physique photography.
‘Tosh is a busy man these days, appearing on Celebrity Big Brother, touring the world and juggling his on/off relationship with red hot model Kelly Brook.
So it was a real privilege to be able to shoot the former Royal Marine and TV Gladiator for the cover of March’s M&F Magazine.
It was even better seeing the shots I took right there in print on every newsstand from Hull to Heathrow.
The brief was to get some shots of muscle-bound McIntosh in training for a piece about his past as a champion middleweight boxer in the Royal Marines.
The title of the feature was ‘Ripped, Raw and Ready for War’ so I needed to capture the gritty essence of this in my shots.
The location at XXL Fitness Centre was perfect. It is a proper gym with battered dumbbells and iron plates set in an atmospheric old mill in Marple, near Stockport.
I set up some action shots of him hammering the punchbag and doing body slams in the boxing ring for his fight-ready circuit.
Then we got some shots of him hitting a hardcore shoulder workout in the gym. One thing you notice about McIntosh is he doesn’t mess around. The sweat and pain we captured in the images is real. He trains like a demon – perhaps that’s where he gets the nickname ‘Devil Dog’ from.
The real crucial part of the shoot was getting that perfect cover model shot. Muscle & Fitness won’t accept anything less than perfection for the front of its European magazines.
I wanted to capture McIntosh’s raw attitude and aggression and create a shot with real impact.
I got David in camouflage shorts and bright red boxing wraps to complete the look. After hundreds of shots, agonising over poses and a full bottle of baby oil we nailed it.
I think the result is pretty striking. Have a look…..
Boxing Photographer Christopher Bailey 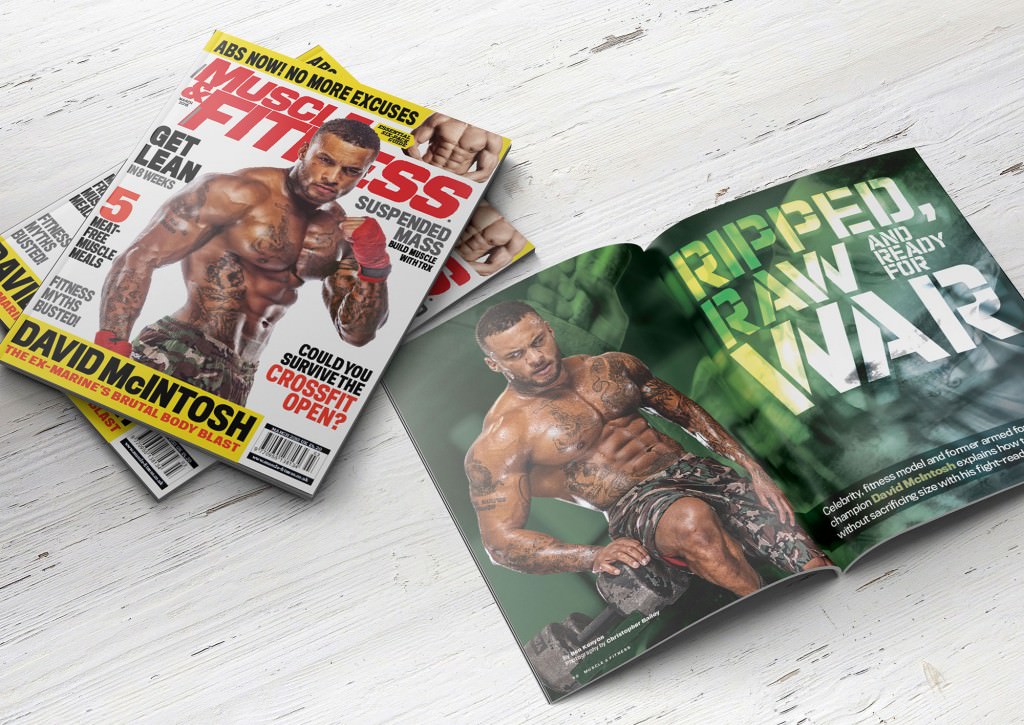 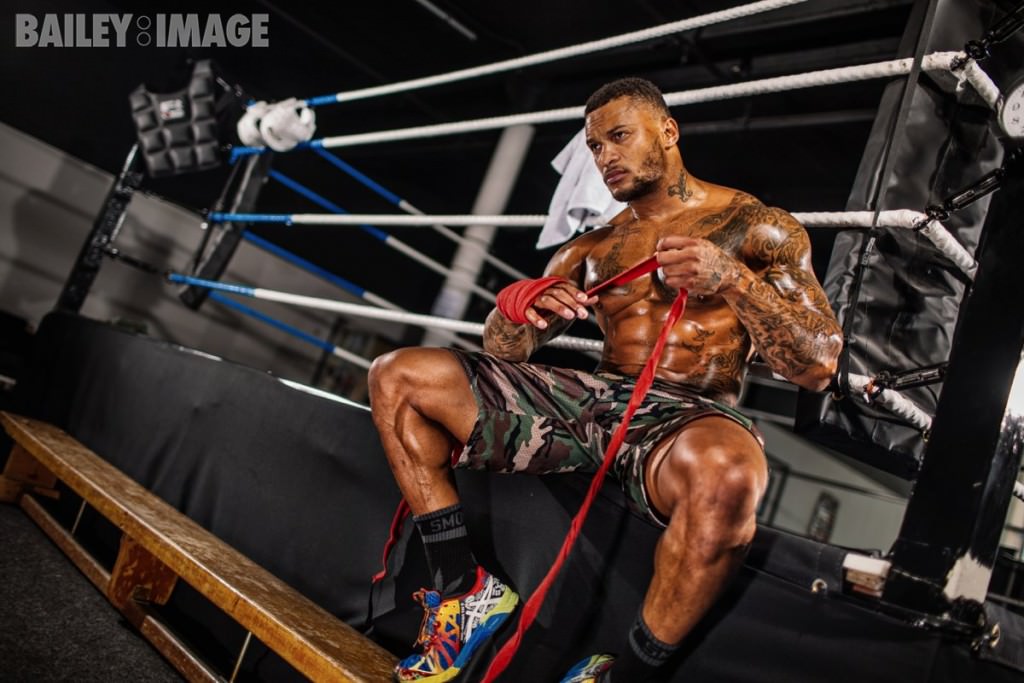 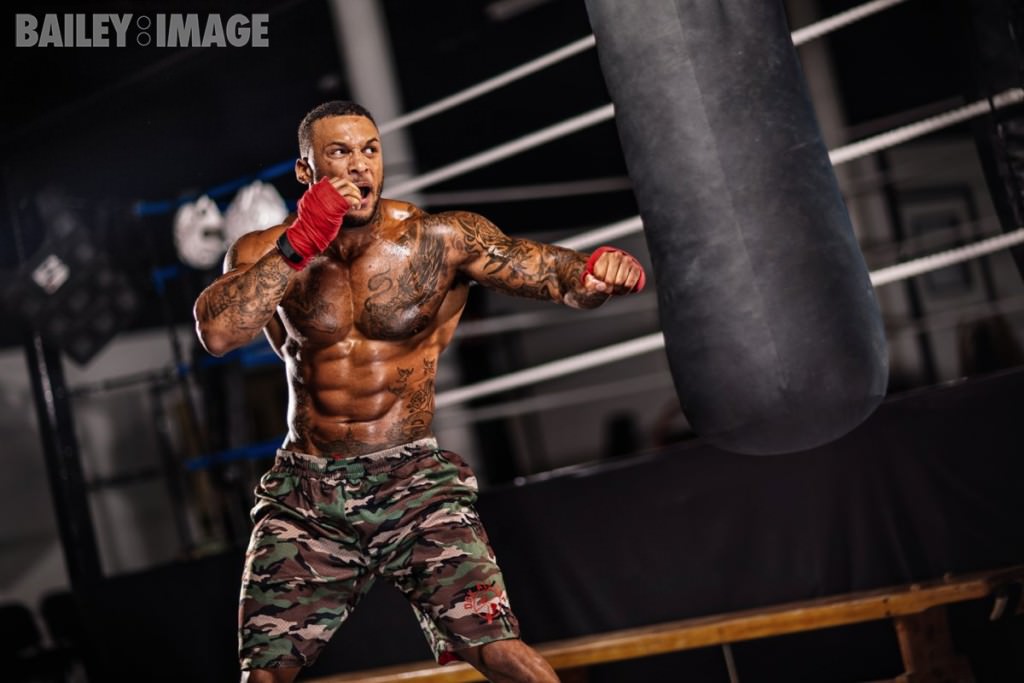 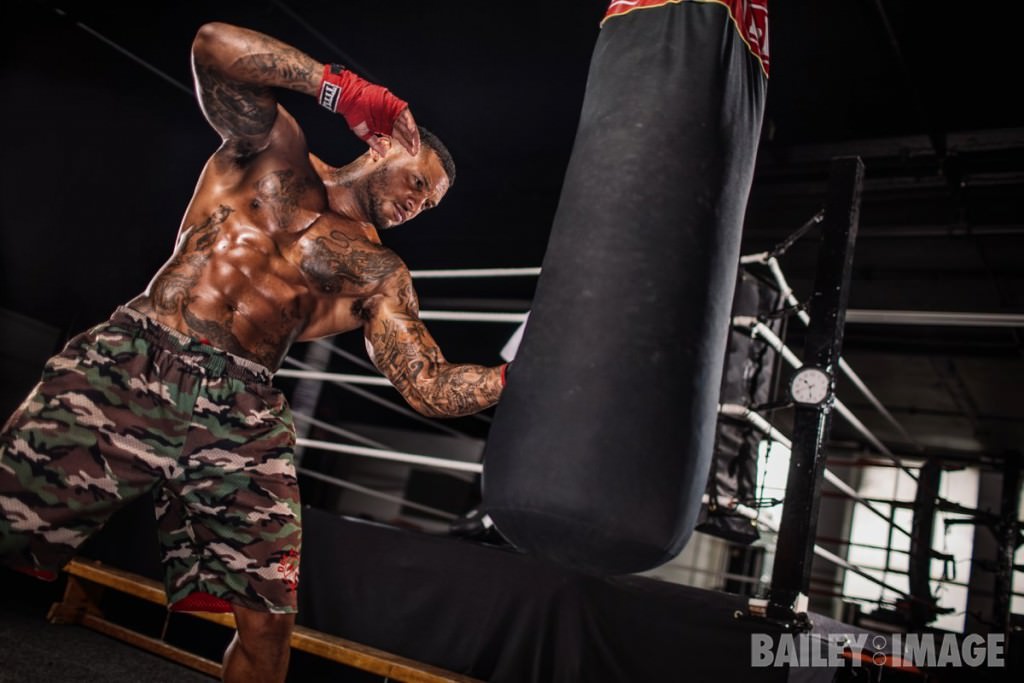 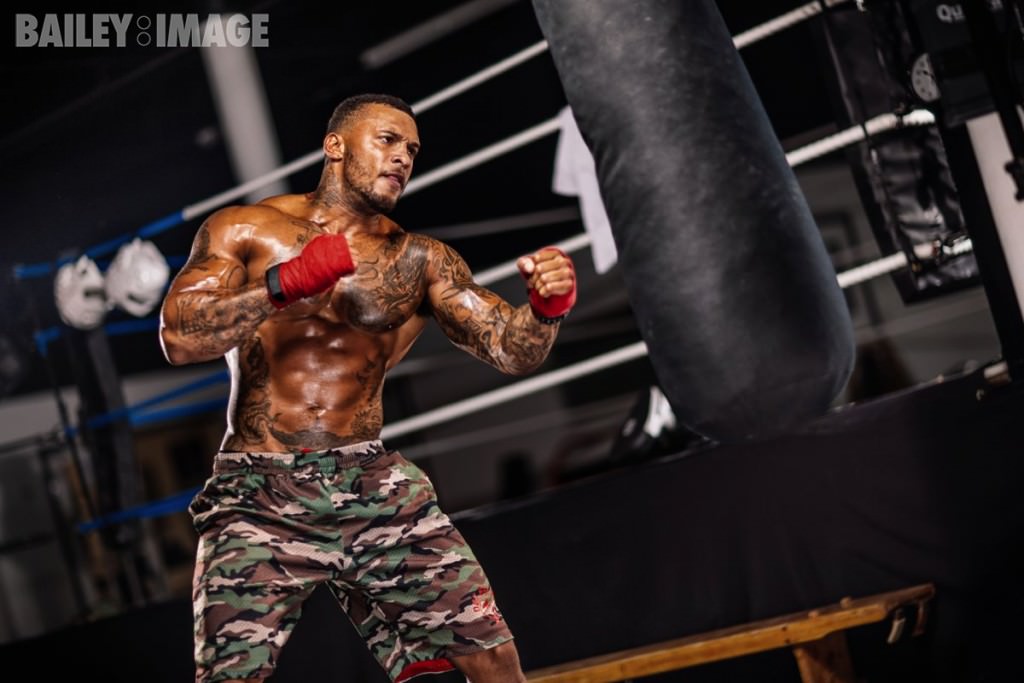 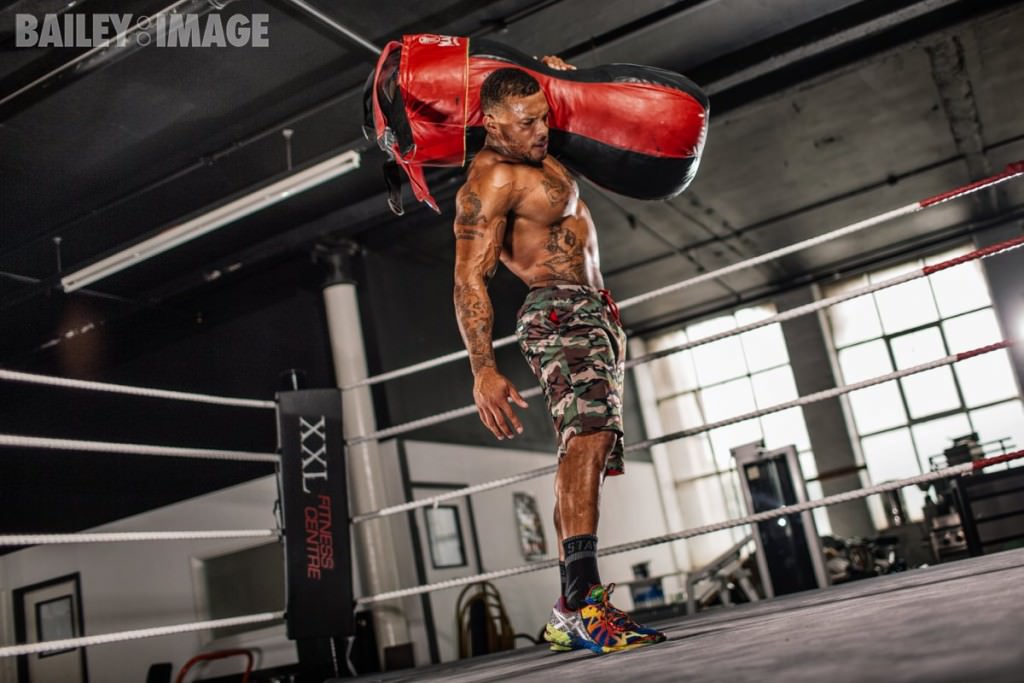 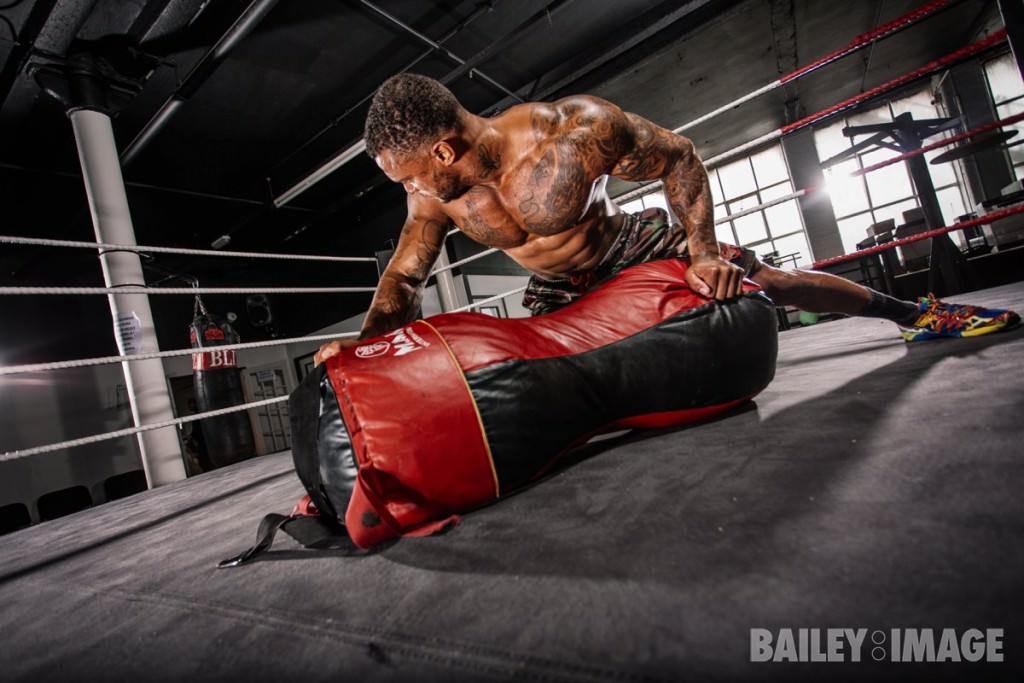 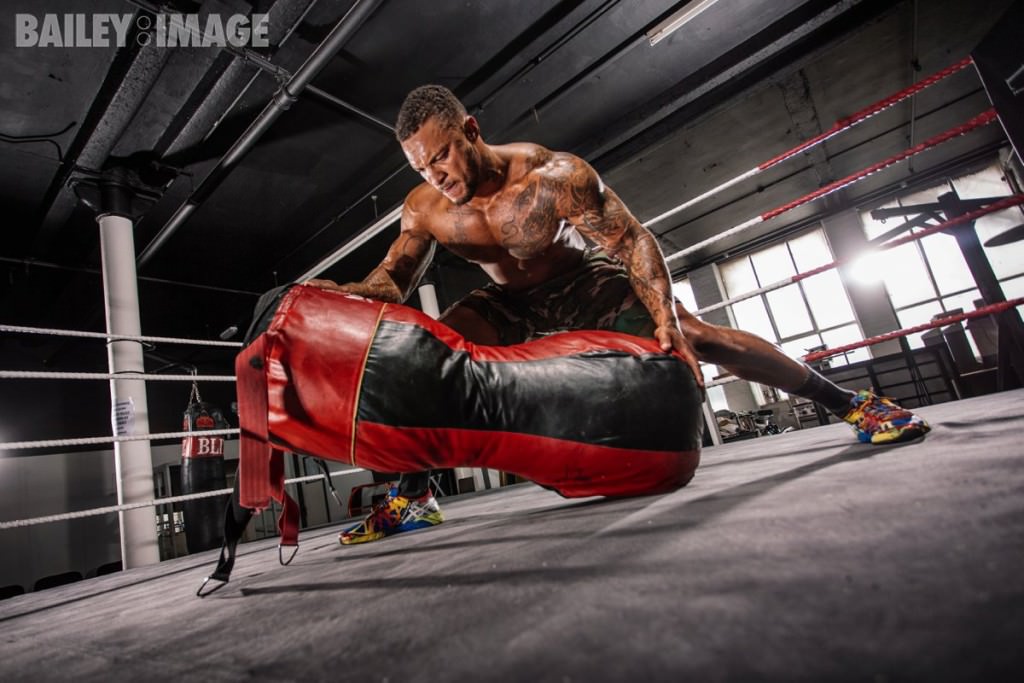 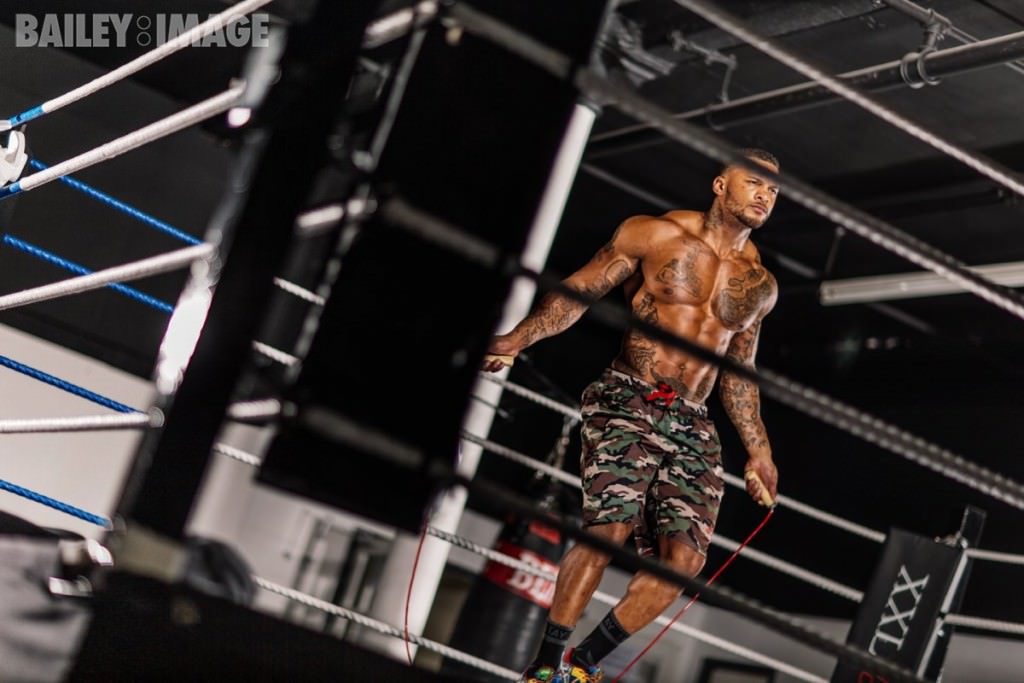 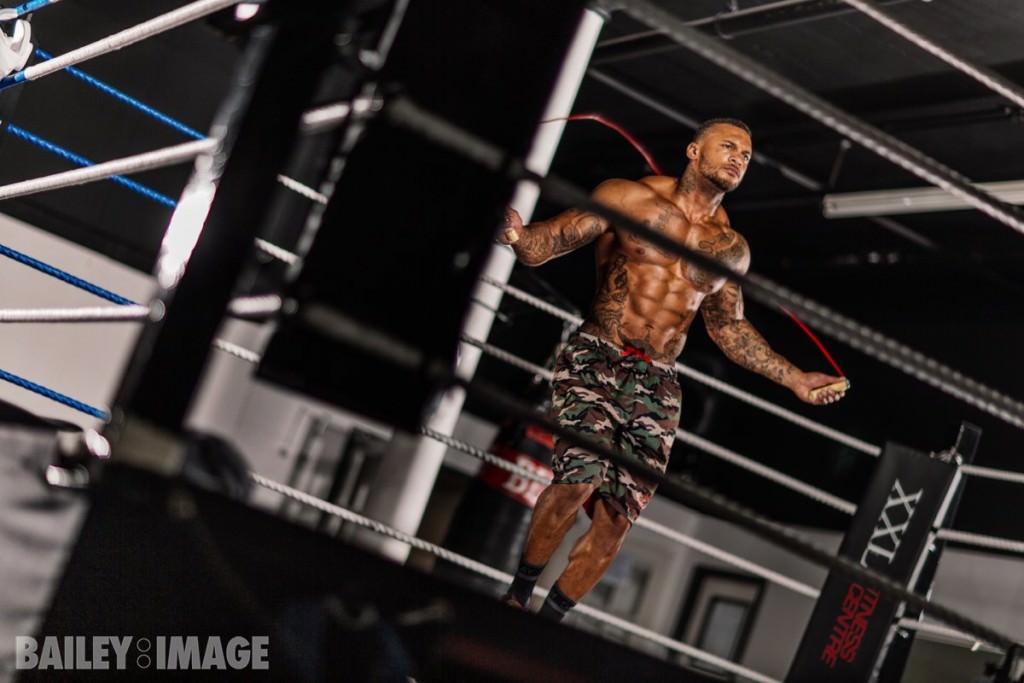 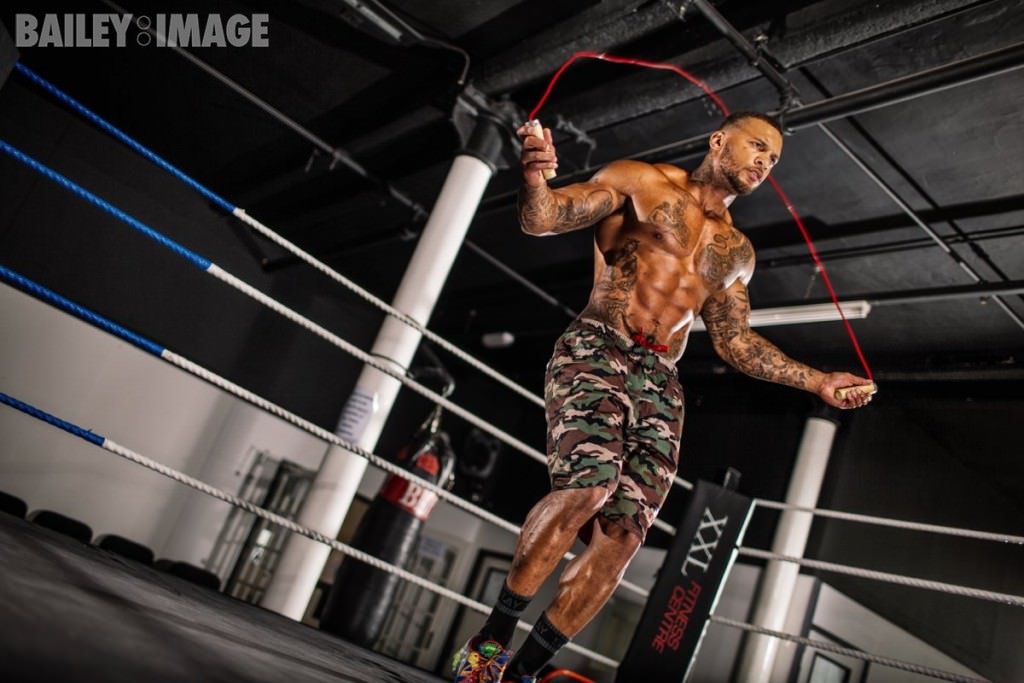 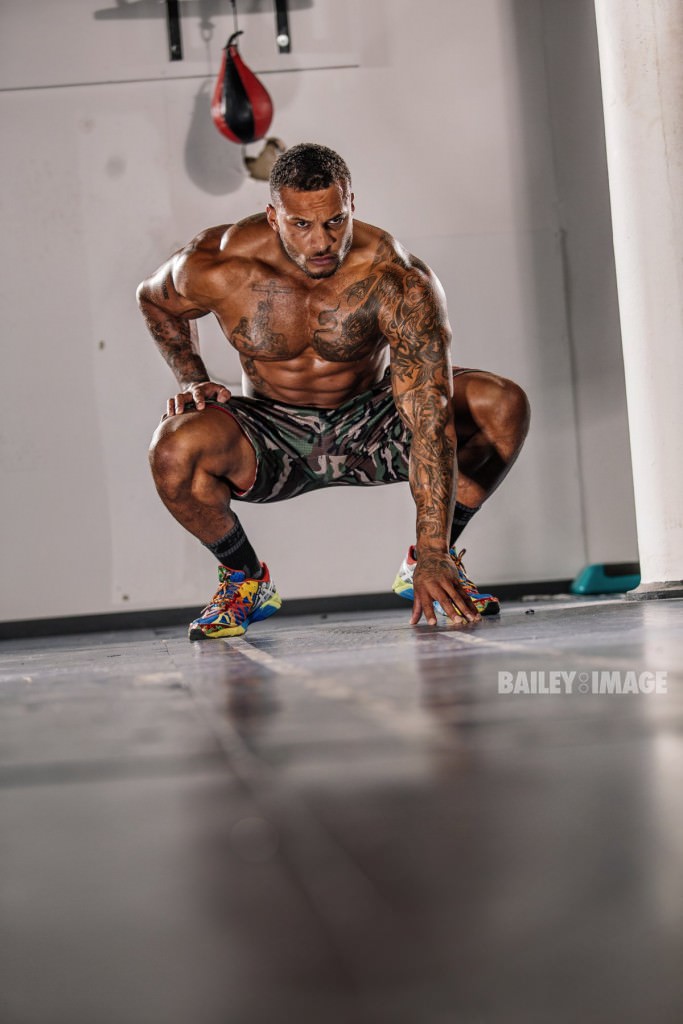 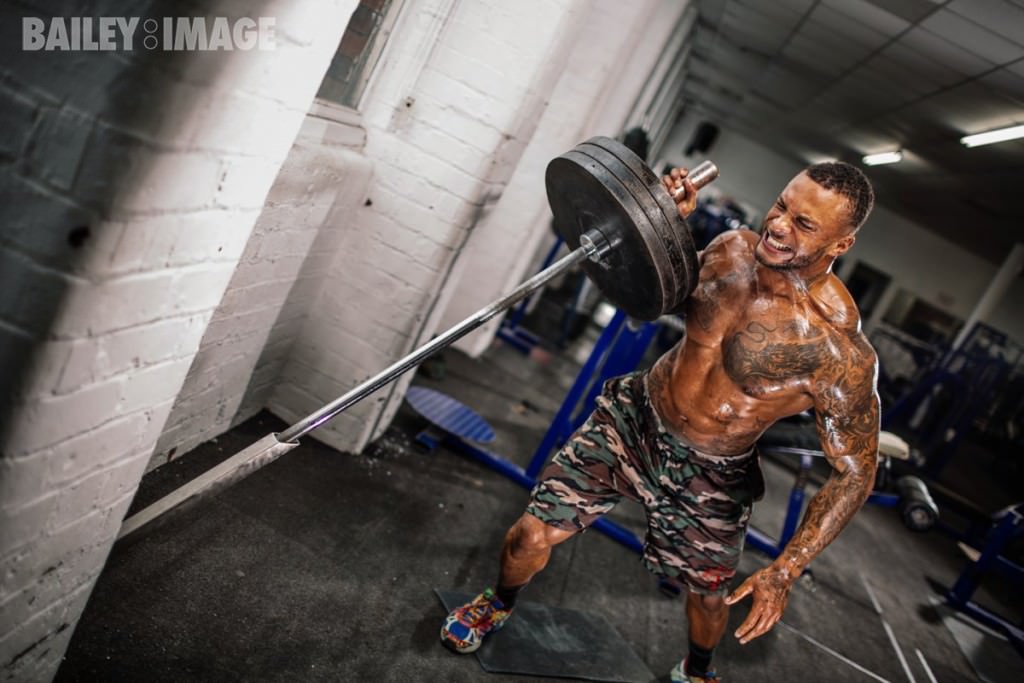 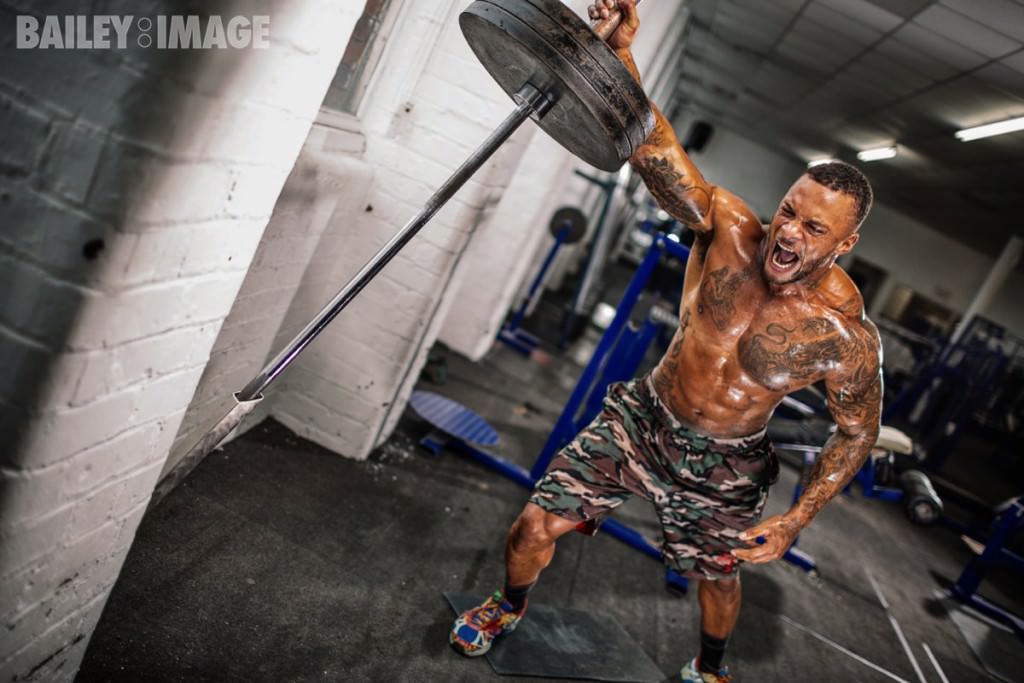 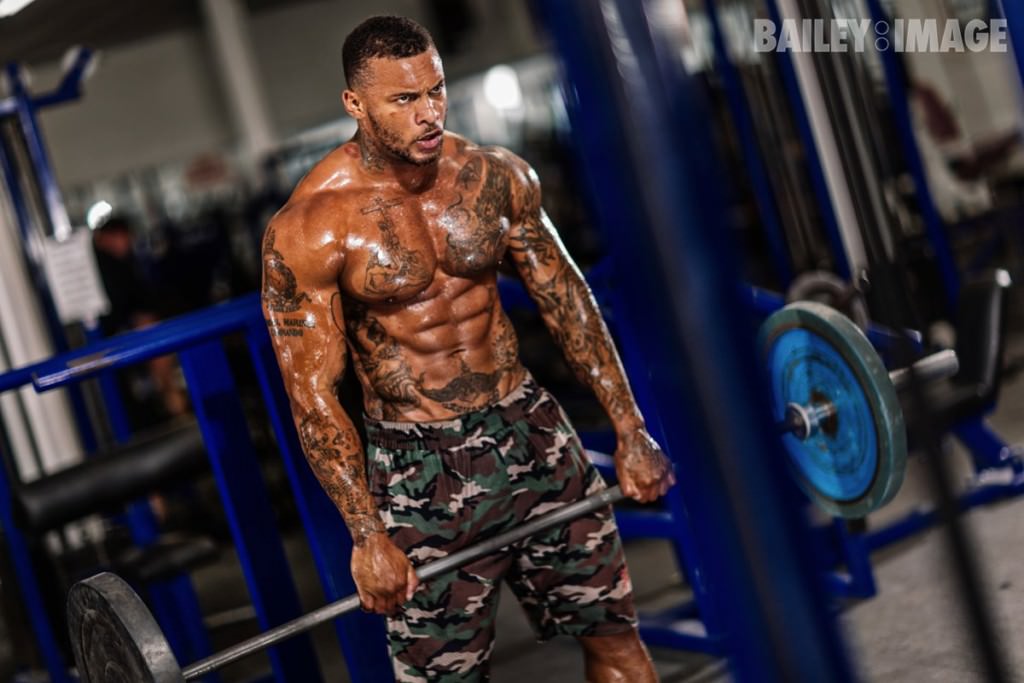 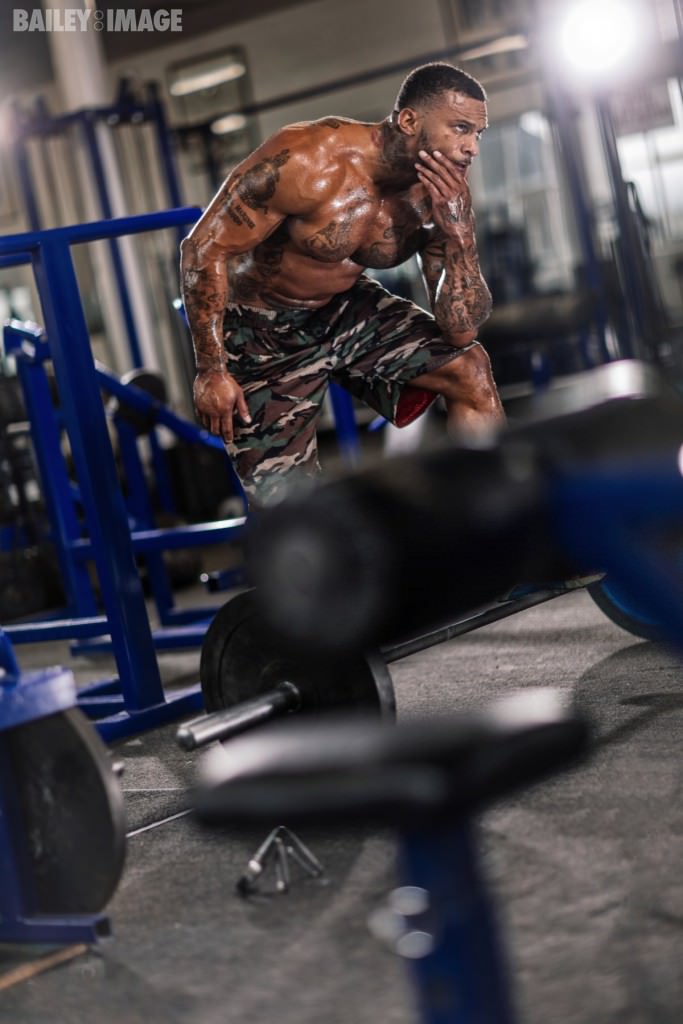 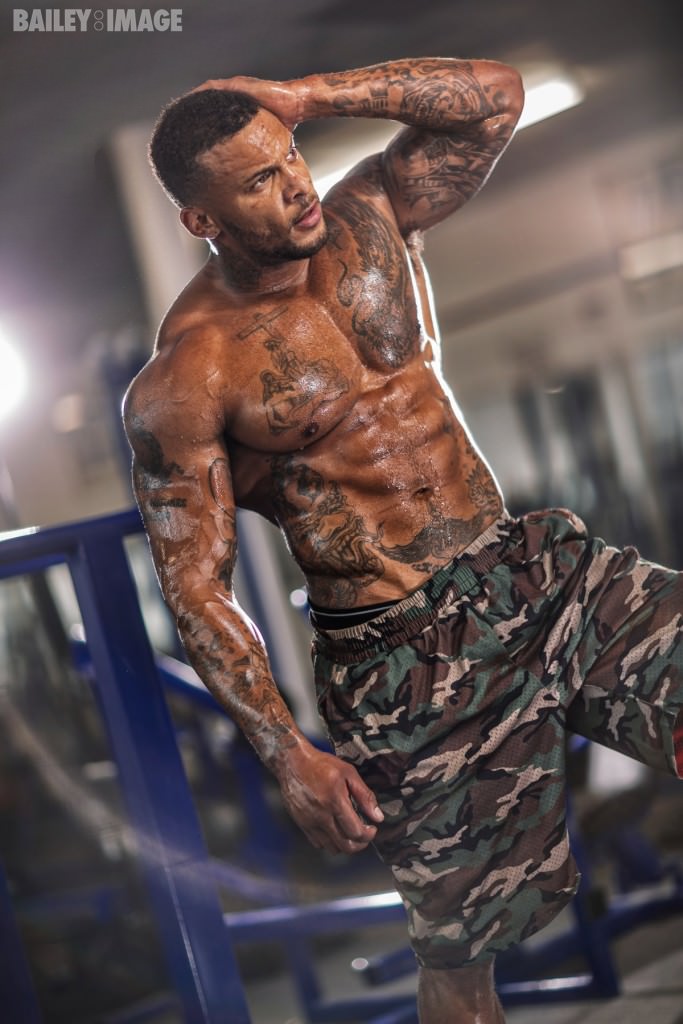 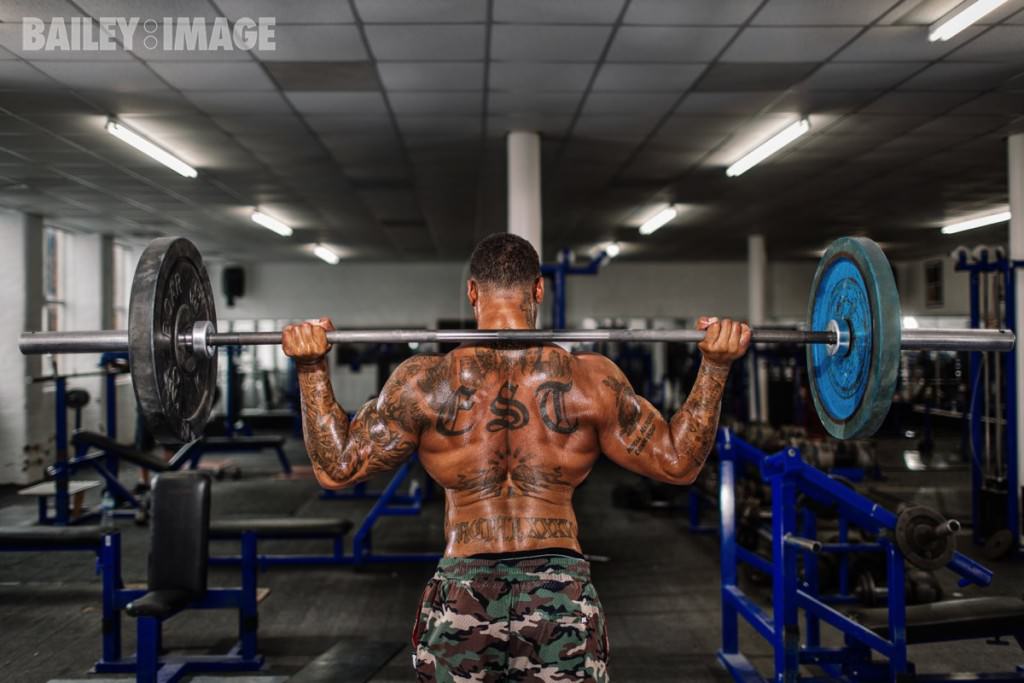 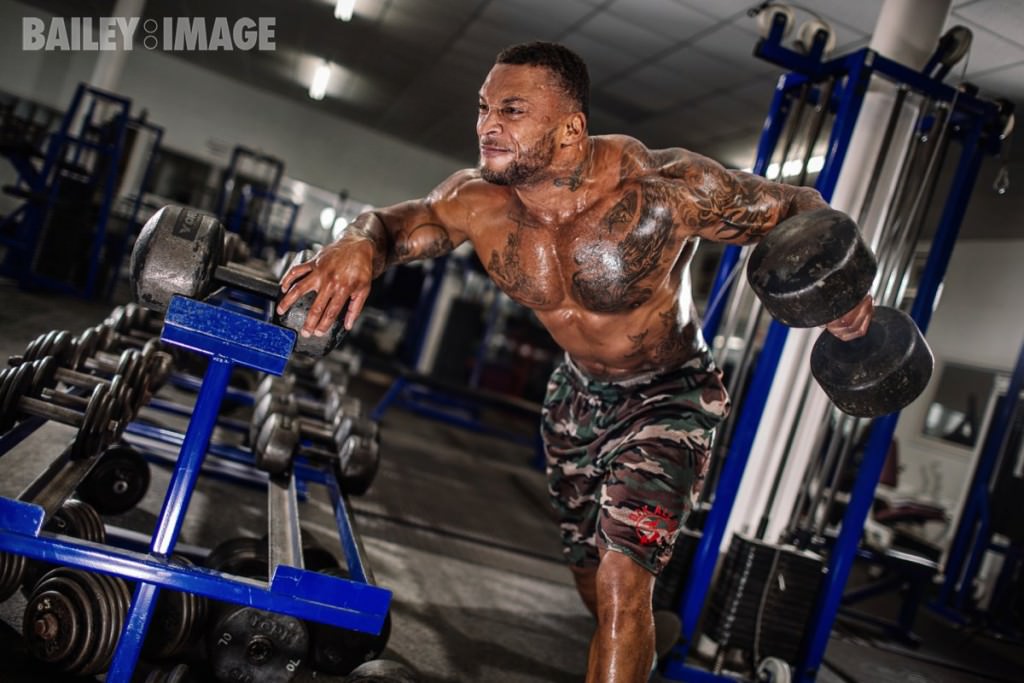 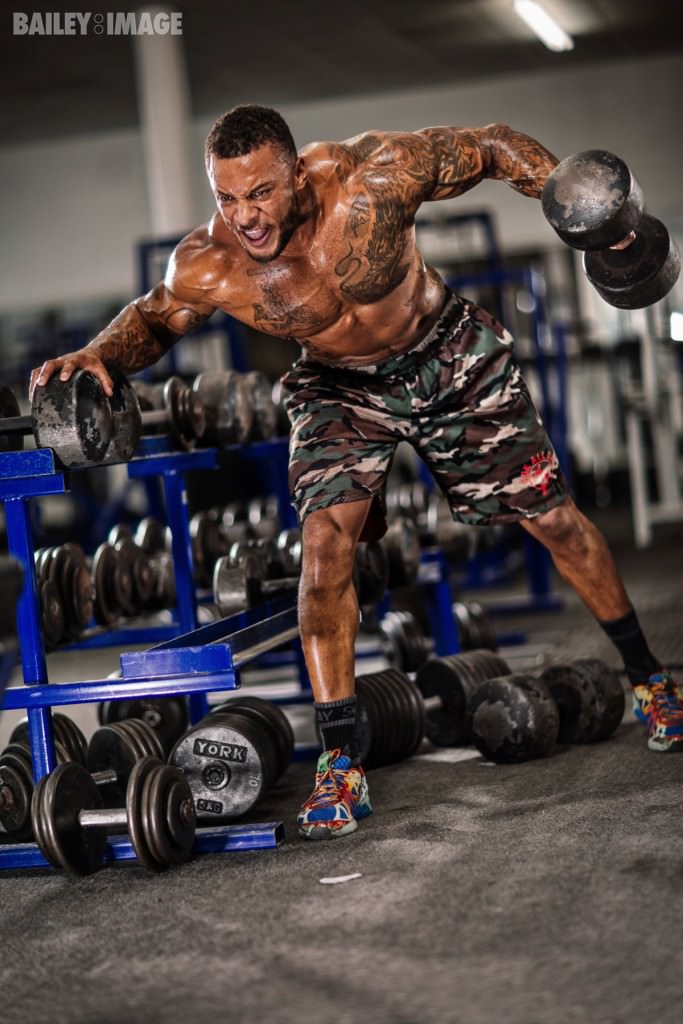 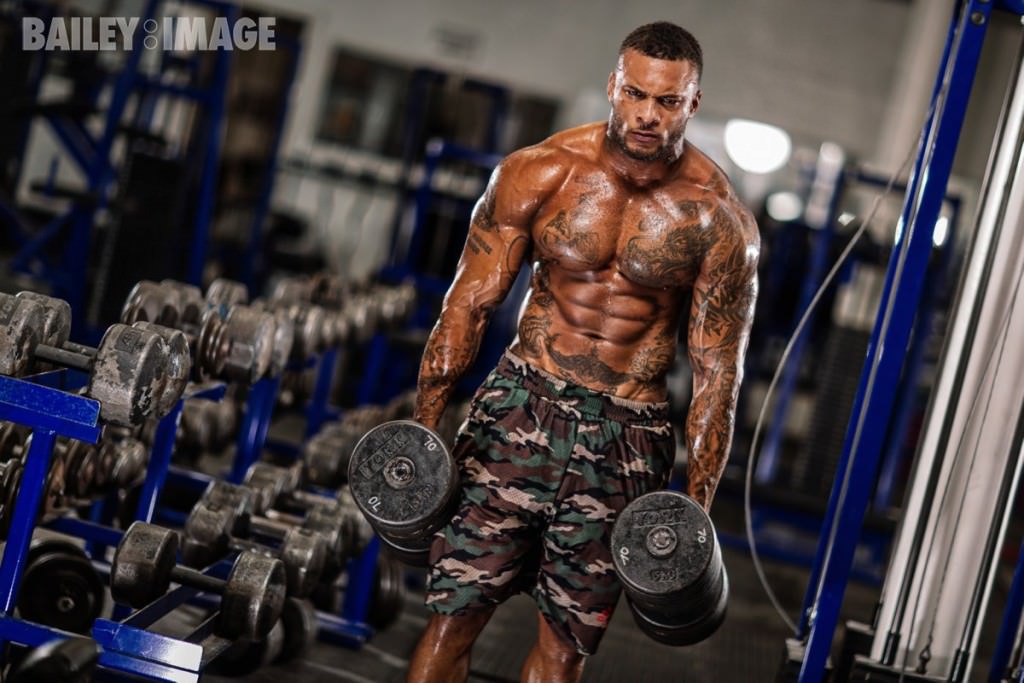 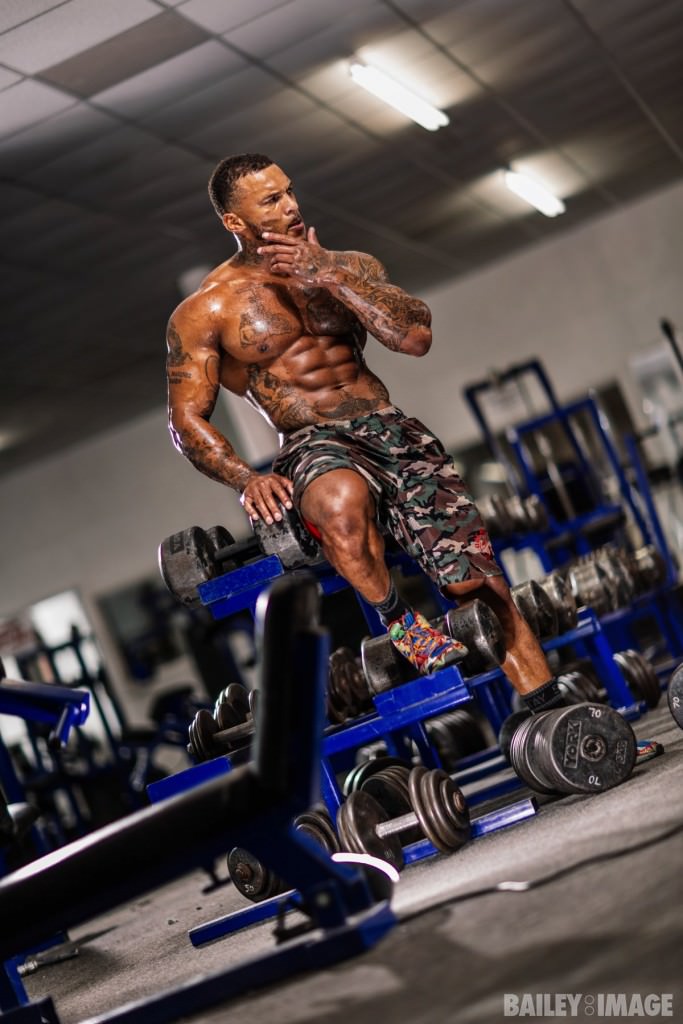 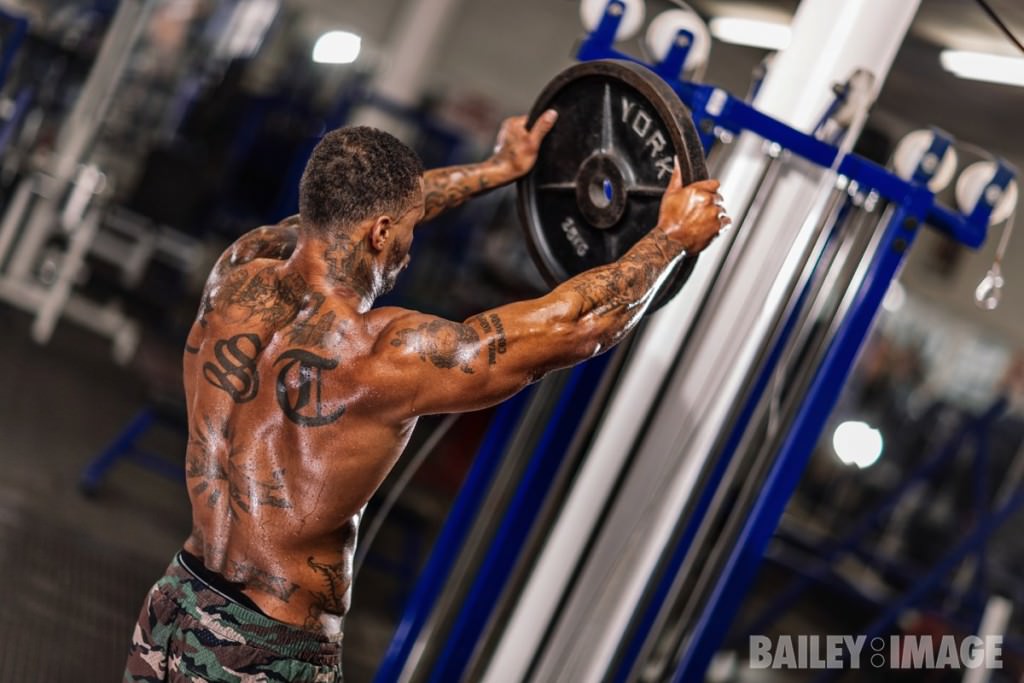