Tough Training? An interview with Dan Tough and Codie Gill

Dan Tough owner of Tuff Training in Blackpool and his partner Codie Gill booked me for a gym shoot after (possibly) their last ever show. The shoot had been booked in quite some time so i made the drive up for my first ever experience of Blackpool. Dan and Codie were both there ready to greet me when I arrived and, I unpacked the mountain of kit and they began to warm up for the shoot. After a brief chat about what they wanted to get from the shoot we set out a plan and got started. 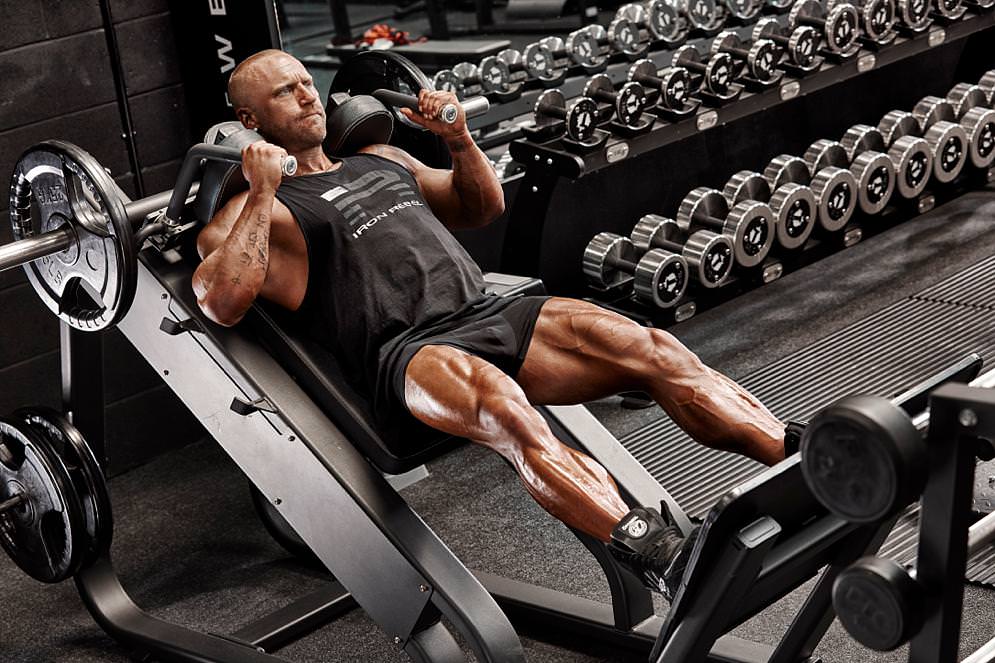 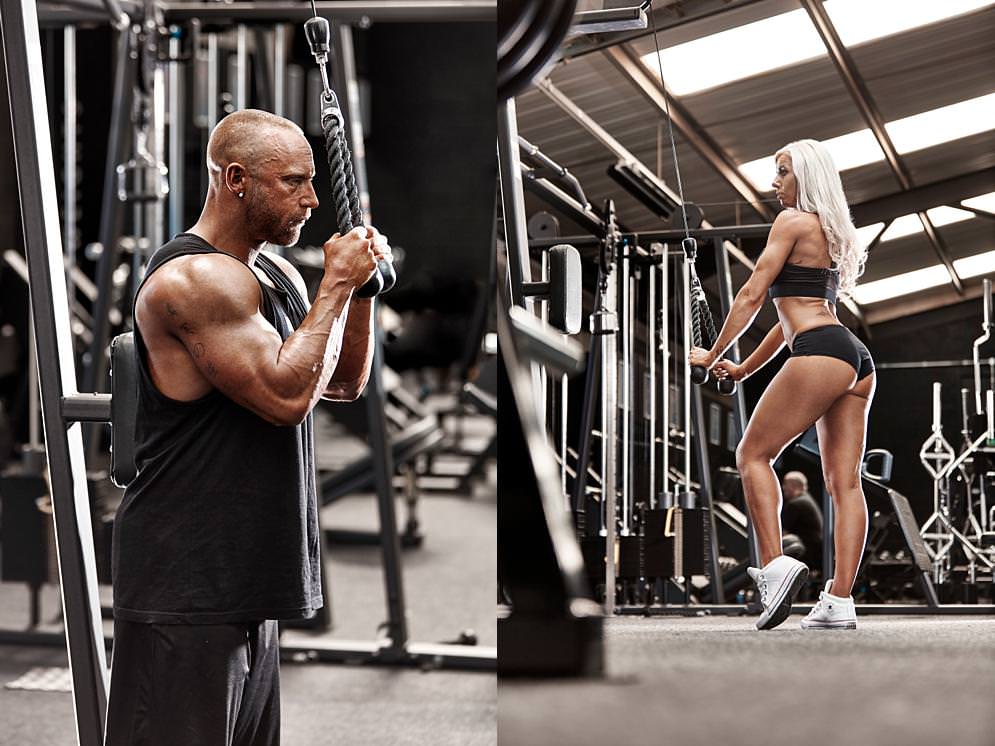 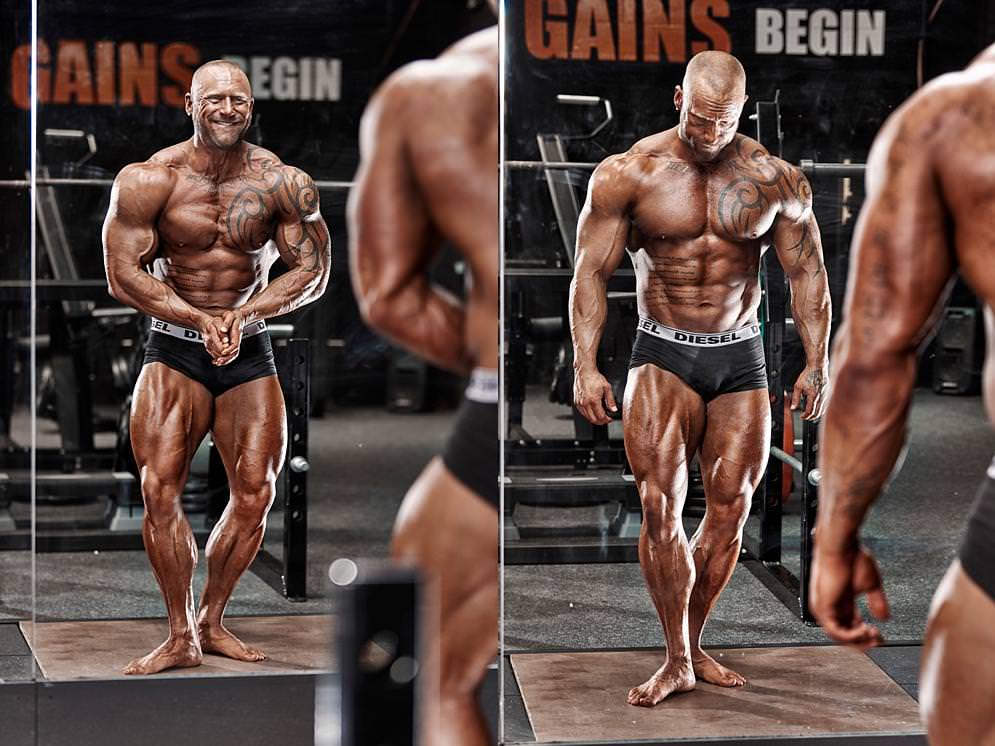 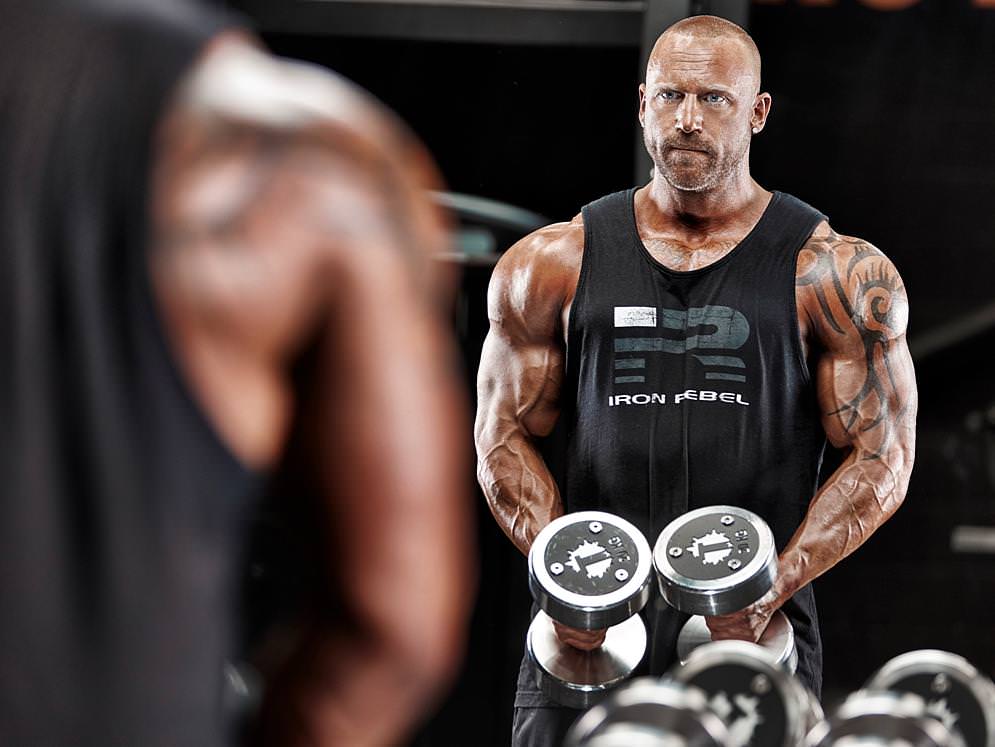 As you can see they both looked great, The shoot took just under 2 hours and afterwards we sat down for a quick chat.

Christopher: OK. Alright, so we just had the photo shoot today. So, tell me how you got to this point?

Dan: I’ve been following you for a long time on Instagram, seen obviously all your pics and whatnot. And me and Codie were both competing at the same time this year and we wanted to have a shoot together whilst we were both in good shape and it’s probably going to be the only time. So it was a case of I want to work with the best photographer there is and that’s obviously how I view you in the industry, you’re sort of the best about. So that’s how I came to obviously contact you.

Christopher: So you were saying that you’ve been prepped by Jordan Peters?

Christopher: So tell me a bit about your prep and what shows you’ve done this year and that’s for both of you as well.

Dan: Prep was brutal to be honest. Jordan’s very, very strict. I was actually with him for nine months, including off-season. Even off-season he’s really strict, so I think in the whole nine months I’ve had three cheat meals.

Christopher: I thought Jordan’s preps with bagels and jam etc…

Dan: Yeah, I mean it is, so when I say cheat meals, I mean off plan, so I’ve never had a pizza or anything like that.

Dan: I was allowed Christmas Day, New Year’s Eve, which I kind of just made my own decision to have. And then I took Codie away in November for her birthday to Amsterdam. But apart from that it’s literally follow diet seven days a week, every single day…

Dan: Yeah. So it was hard, and to be honest what made it difficult was obviously trying to run my business at the same time, which I’ve never done before, when I’m a PT you can just pick and choose when you work, but when you’ve got a business you don’t stop. So that made it really, really difficult. In terms of how I did, I won my first ever class 2 show, which was what my first goal was. So I won my qualifier in Liverpool and then I placed sixth in the final.

Christopher: What federation was that?

Dan: It’s IBFA.. So it’s a small fed, but I like the fed because they’re quite personal. I moved up to class two because I didn’t make classic weight a few years ago. So obviously my goal was to just get bigger. I competed last time in the finals two years ago at 92.6 K and I was 98.1 this time, similar conditions. So although I wasn’t as good as I perhaps could be, I was miles better than I was. So in that respect it went well, but I’m glad it’s over with now. I prepped Codie.

Codie: Yeah, so Dan was my coach and I done 15 weeks prep, but I had five months off season before that. Did my first ever show last year where I won my category, which was toned, toned figure. Just literally decided on holiday after a few cocktails that — well might as well do it, why not?

Dan: When we get back.

Codie: Yeah, yeah. So we had 12 weeks intense prep, worked really well. Won my show. Five months off season, 15 weeks just done prep again. It’s been hard. It’s been probably harder because we’ve both been in prep because obviously trying to support each other, which has been… Well, we’ve got through it, haven’t we, that’s the main thing. You’ve done well.

Dan: You’ve helped me a lot. I mean obviously I’ve coached you and so you’ve had somebody there to tell you what to do, but you’ve been there for me when I’ve been really struggling. A lot of the times I’ve been too tired to come to work and do stuff, so I’ve had to send Codie into keep this place going really. So you’ve handled prep better than me, I’d say you’re stronger than me.

Christopher: That’s good, because it can be really tough on some relationships can’t it.

Dan: Yeah, we’ve not had any issues like that have we?

Dan: People said, “Oh God, what’s it like prepping together?” But I would say that we’ve been pretty strong all the way through, because we’ve done cardio together, we’ve trained together at the end when it was depletion and stuff. So there’s not been any sort of conflict has there? Obviously we snap at each other sometimes, more so me snapping at her, but I do that anyway. [laughter] So I’d have done that if I was just prepping on my own, but like I say Codie’s a lot cooler than me, so rather than her biting back and it turning into an argument, she just understands that that’s Dan, he’s a grumpy bastard…

Christopher: So during that prep as well you did the Mastermind with Mark (coles) as well?

Dan: Yeah, yeah. I started that in November, which it was amazing. I mean I’ve said this to Mark several times that it’s not just changed my business, it has, it’s turned my business around, but it’s changed me as a person. It’s given me so much more confidence, every decision I make moving forward with the business is a direct result of doing the Mastermind. The business is completely transformed. There’s been changes made, but like I say, in terms of me, I’m so much more positive, I’m so much more confident. When I started with the Mastermind, day one I said to him, I don’t know whether we’re going to survive. And then by the time I finished I was like, I just know we will, not I think we will, or I’m confident we will — I know we will, I know we will never fail. Because it changes your mindset in that way where you just know, you make a plan, you set goals, you set targets, you achieve them, you refine them and he’s just an amazing mentor. And then I’m trying to pass it onto my PTs and Codie and things like that. Then I’ve got Rob, my apprentice who’s just come in there, he wants to have a gym one day, so he needs to learn everything about running a business and yeah, it’s a great experience. I would recommend anyone do it.

Christopher: Was this your first photo shoot?

Dan: It’s my first one with like a dedicated fitness photographer. I do know somebody who’s done a photo shoot for me before, but his main job is a wedding photographer. So he did one, but it was very much like I’d have to find images that I’d want doing. Whereas I wanted to sort of give the artists free reign, so you tell me what to do. The images were good that he did, but obviously yours was a level that’s what we wanted. I mean to be honest, when you showed me those little ones on the camera, I was just saying to these guys, now normally when I look in the mirror and I’m like — oh mint, take a photo Codie. Then I’ll look shit on the photo, but it was the other way around. I was looking in the mirror whilst you were doing them thinking, oh God I can’t get my abs looking good, my legs don’t look good and then you showed me the picture and I’m like — wow, I look amazing. So it’s almost like I looked like I was a proper model doing it. I was really really chuffed, excited to see the whole lot of them really. So I suppose that’s what you get, that’s what you pay for isn’t it, the professional. I mean watching you work, it’s just little things like where you moving things about you think, I wonder why he’s doing that? And you just see things that people don’t see, it’s just little things like that isn’t it?

Codie: That’s it, I said to you before I don’t like having my picture taken and dread photos coming through and things, but I’m actually really excited for these ones, from what I’ve seen.

Dan: I think just when you turned up, first of all with like a trolley full of kit you knew you were in for something a bit special.

Codie: Yeah, even one of our members has just commented saying — he’s got some kit hasn’t he?

Christopher: I think I’ve got too much to be honest.

Christopher: It was only last week I bought the trolley, because otherwise you get somewhere and it’s three trips in.

Dan: But to be fair as well, even though you had so much stuff, I found it quite quick as well. Like the set up wasn’t ridiculously long and stuff because even when we had the other shoot, because I paid for Codie to have one because I knew him, it takes a long time doesn’t it to set up each shot. But I found it was quite quick even though there was a lot more…

Christopher: I think yeah, I mean when you’re doing it every day you’ve got a rough idea of what’s going to look good and what light where and everything else, which is the 10,000 hour theory into everything. Well I’m glad you enjoyed it.

Dan: Yeah I did and obviously there’s a personal touch with yourself makes a difference, because it’s not all about the product is it, it’s about the person as well. And I found you really easy to work with and talk to and friendly and stuff. Sometimes you can work with some people, especially at the top of the game and they can almost be a little bit arrogant, up themselves. Because obviously I didn’t know what to expect from you as a person, I’ve seen your work, but it’s like chatting to a mate, I like that side of it as well.

Codie: You need to feel comfortable don’t you and I think that’s…

Dan: Yeah. When you feel like you feel fat and you’ve got to take your top off and stuff. Yeah it was great, really really good.

Codie: Yeah I really enjoyed it.