Sport has its fair share of famous fraternal pairs – football had Manchester United’s Neville brothers and tennis has Jamie and Andy Murray. Bodybuilding has its own star siblings too, from the Aljaffs to the Harrison twins.

Yet few have made such an impact in the sport as bodybuilding brothers Zack and Callum McGuirk.
The Blackpool-born pair have really exploded onto the British scene over the past two years.
Zack (27) holds the current British classic bodybuilding tall class title and Callum (24) finished sixth in the physique category in the national championships.
FLEX magazine wanted a slice of the McGuirks in action so I was called in to shoot them as they trained.
Just like the famous shoot I did with physique titans Ryan Terry and Steve Cook in Muscle & Fitness, I wanted to catch the unique dynamic between the Zack and Callum.
These are BSN Sponsored Athlete machines. They lift together, do cardio together and spur each other on way beyond the limit.
I wanted to catch this energy on camera to really make the images stand out.
I stood back and let the brothers do their thing – watching how they trained and interacted in the gym.
We then set up some shots so I could photograph them spotting each other on the dumbbell shoulder press and hitting the lat pull downs.
The double page opener had to be perfect. I wanted the photo to capture the intensity of the brothers’ training.
You can see the final shots in the Brothers in Arms feature which appeared in FLEX magazine in October 2014.
Zack and Callum could be a real force in bodybuilding in the future – so watch out!
Bodybuilder Photographer – Christopher Bailey. 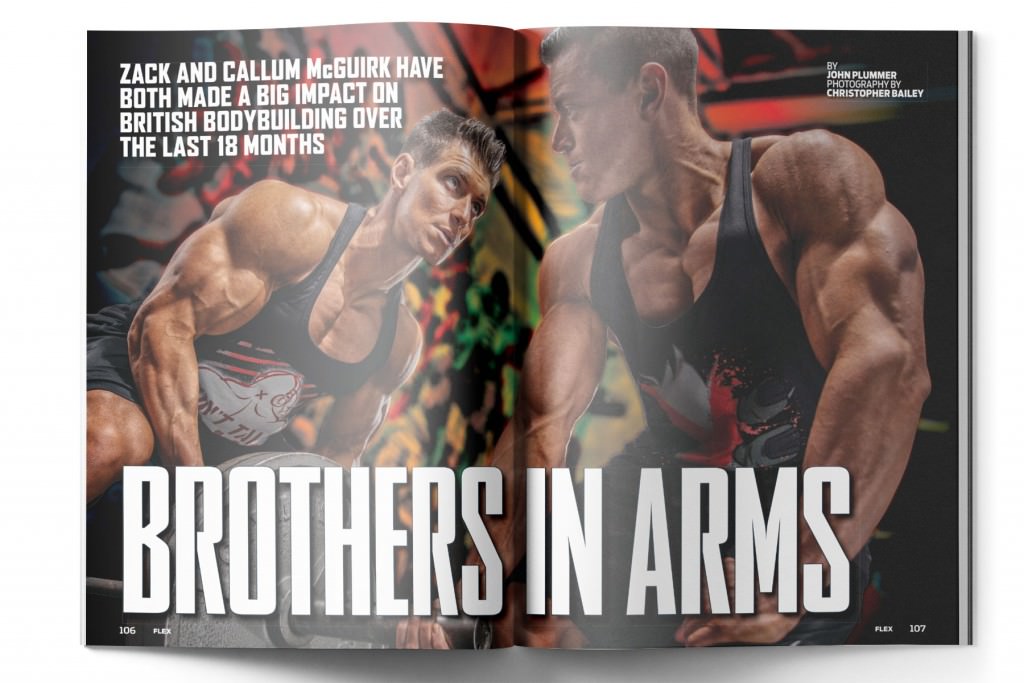 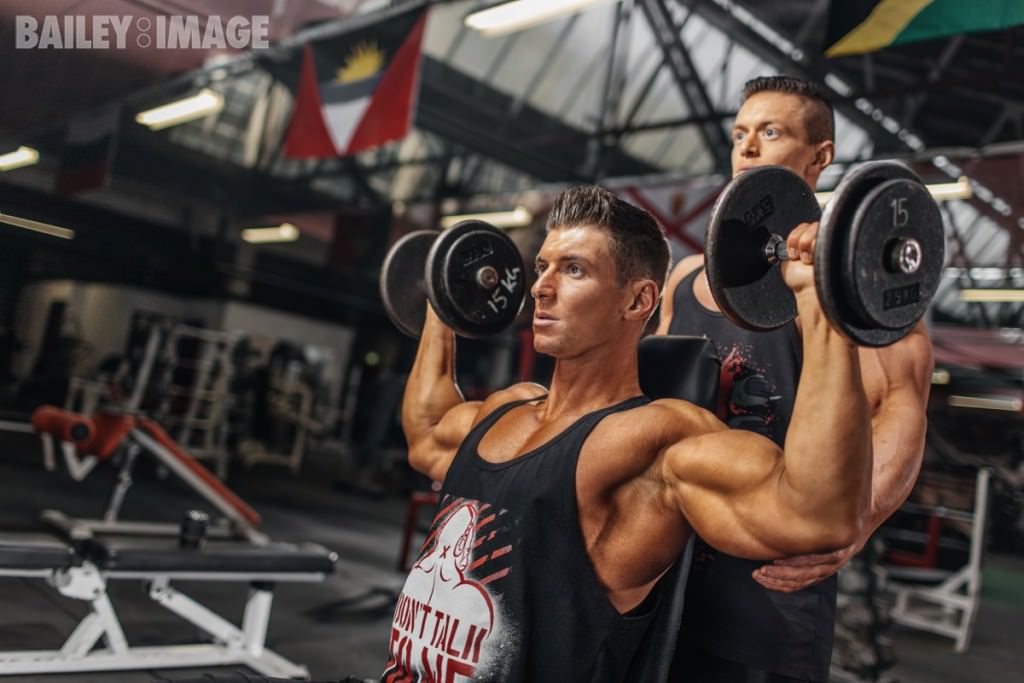 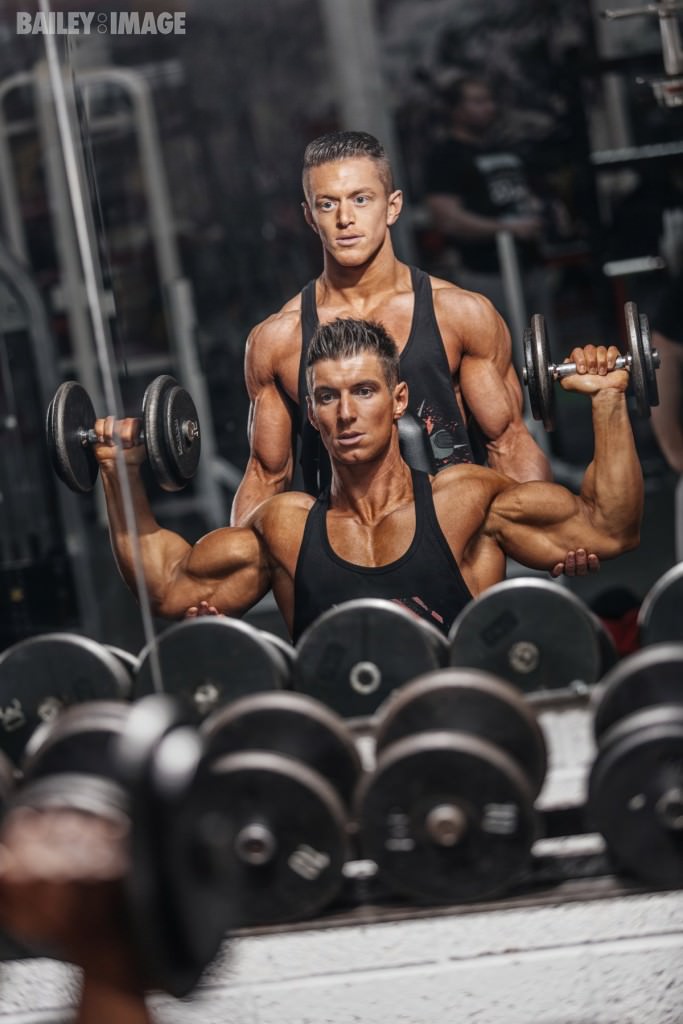 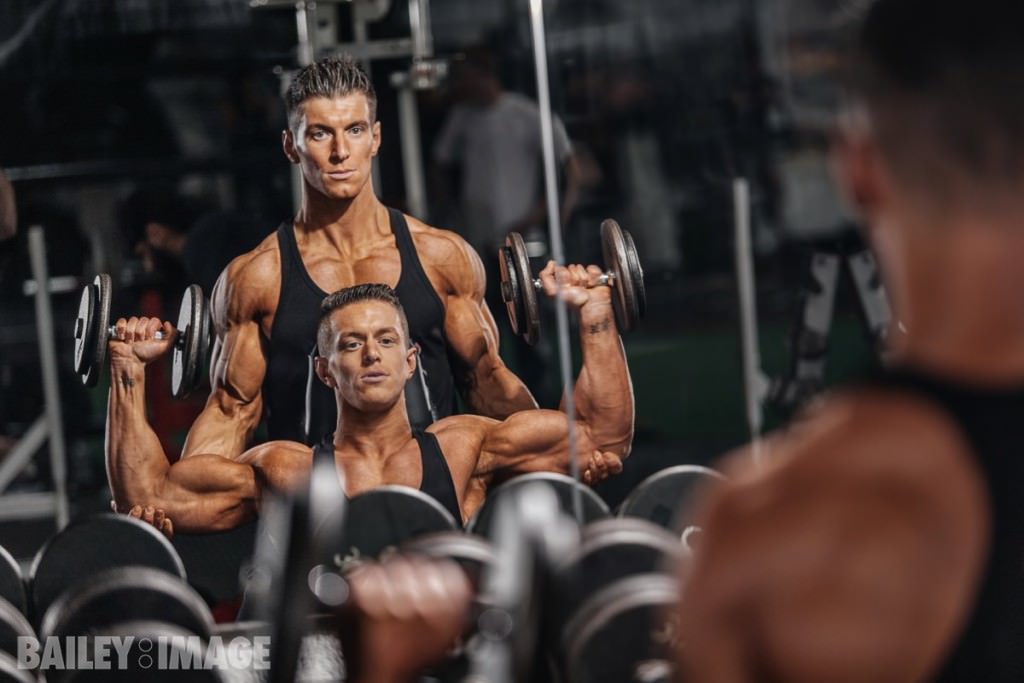 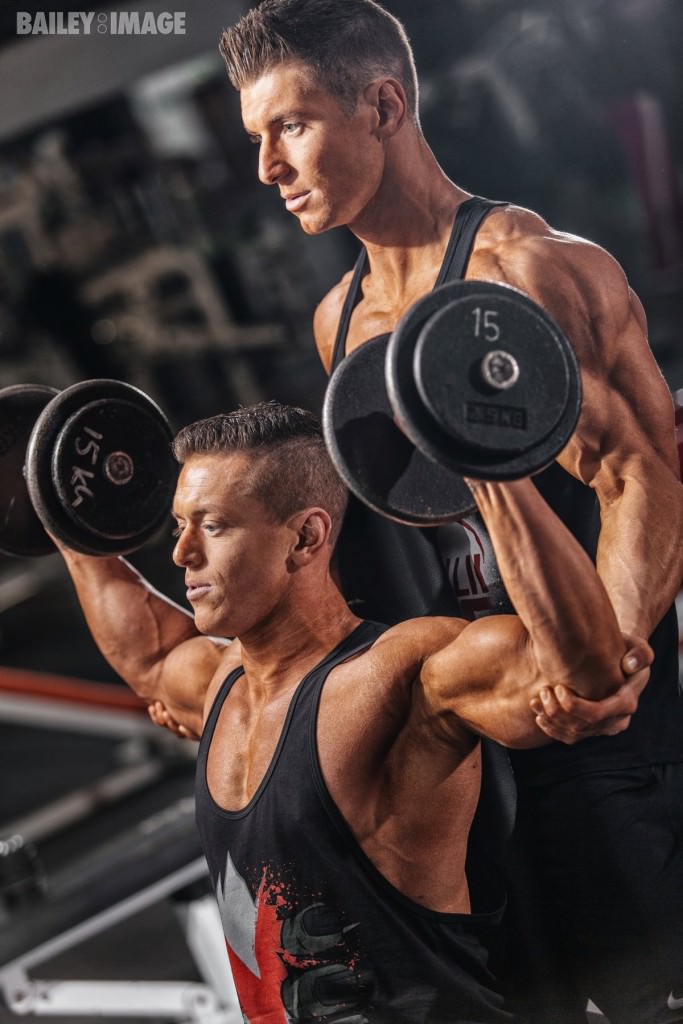 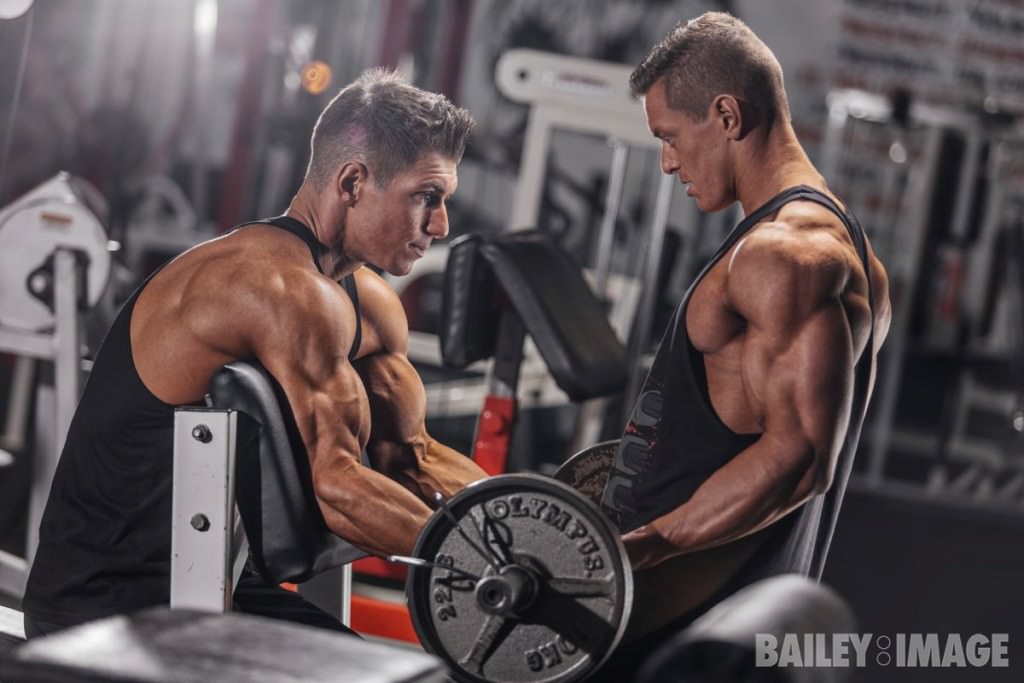 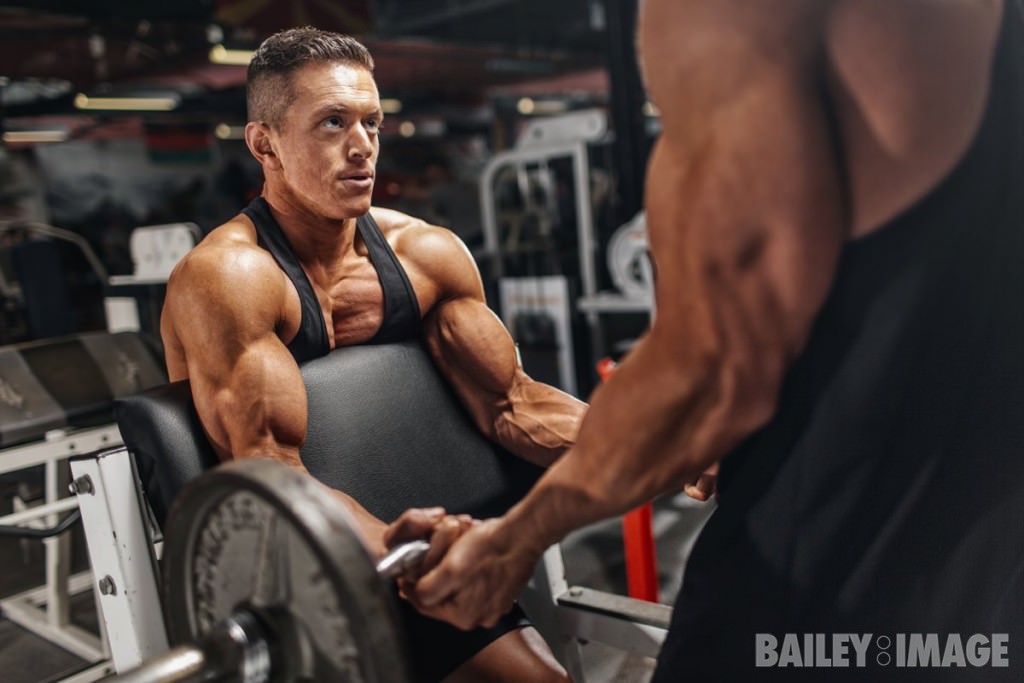 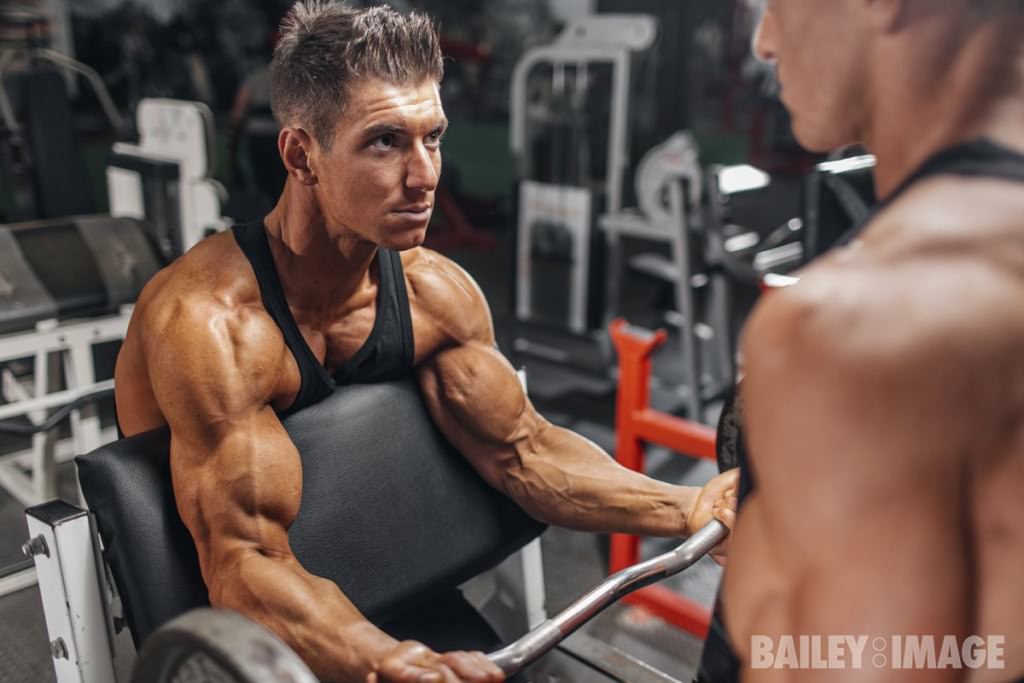 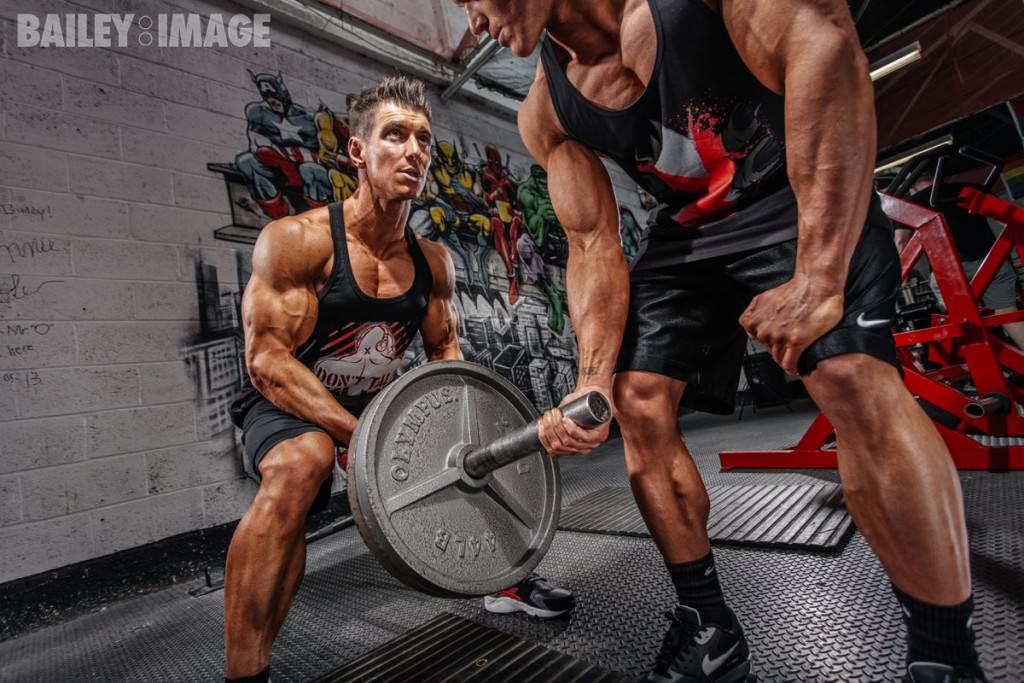 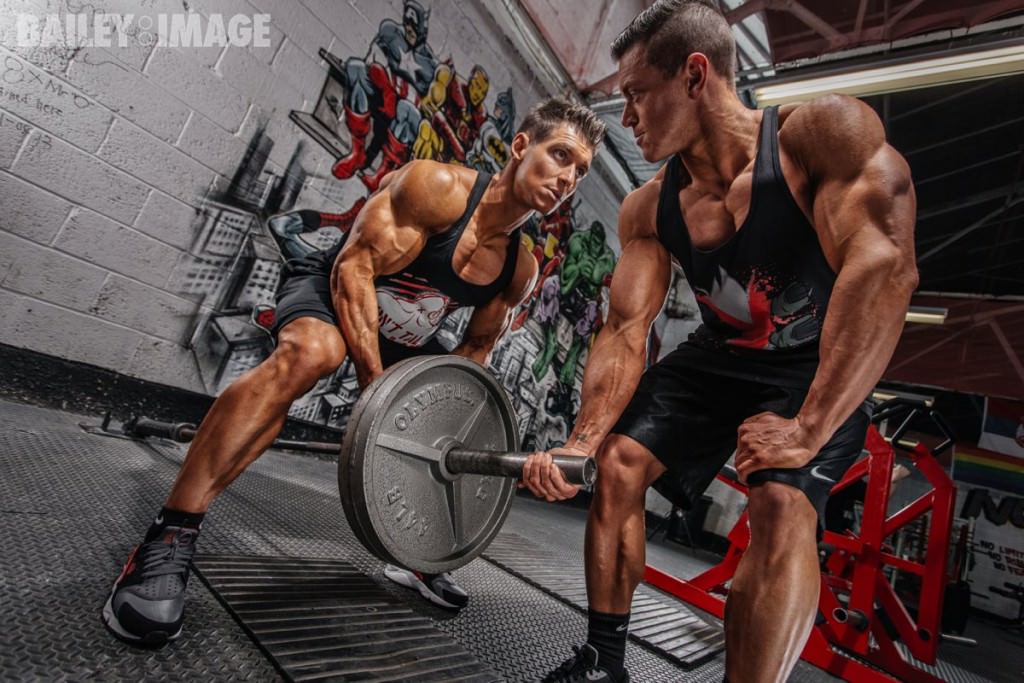 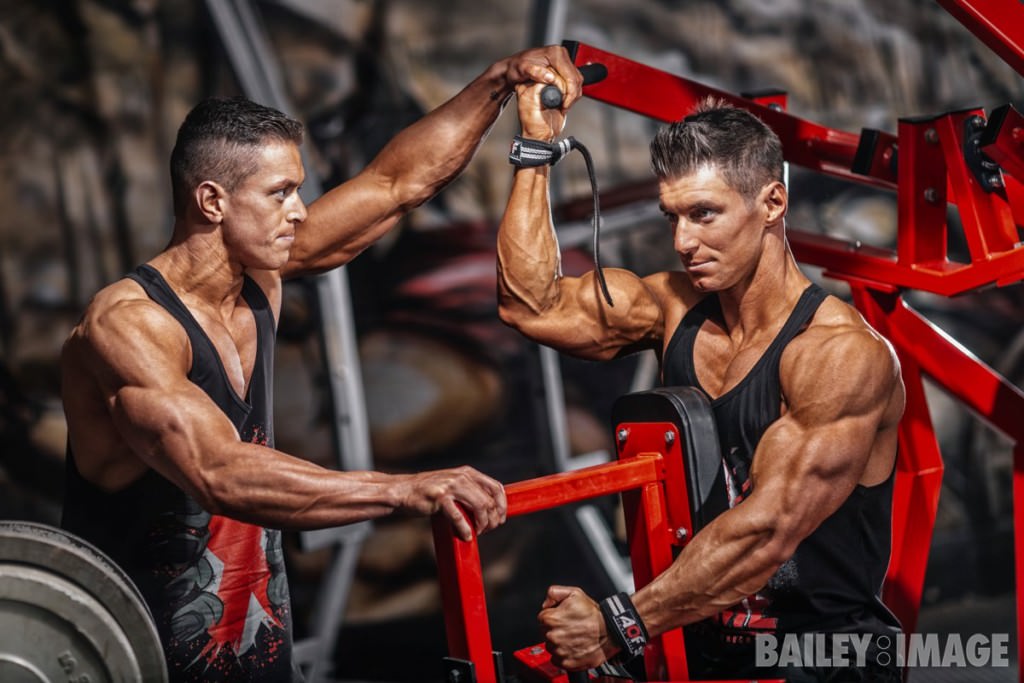 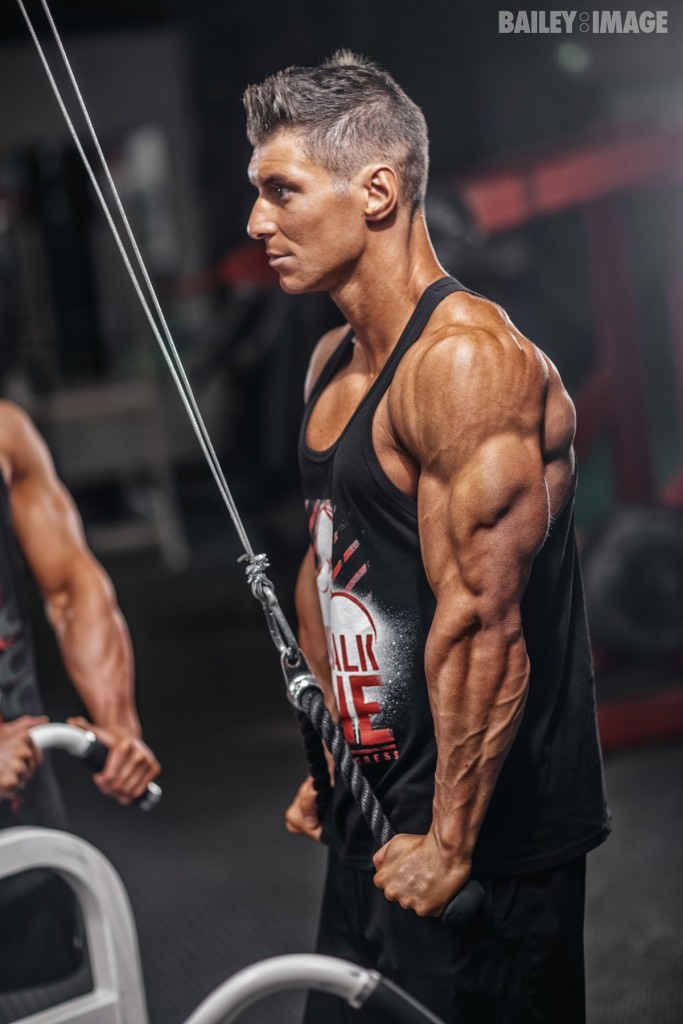 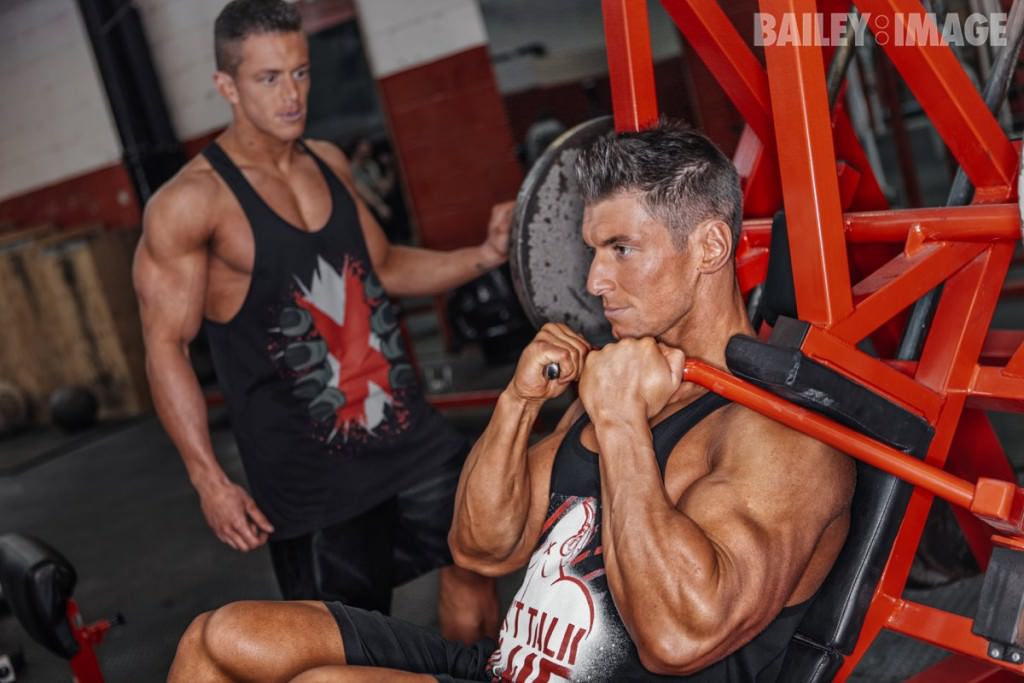 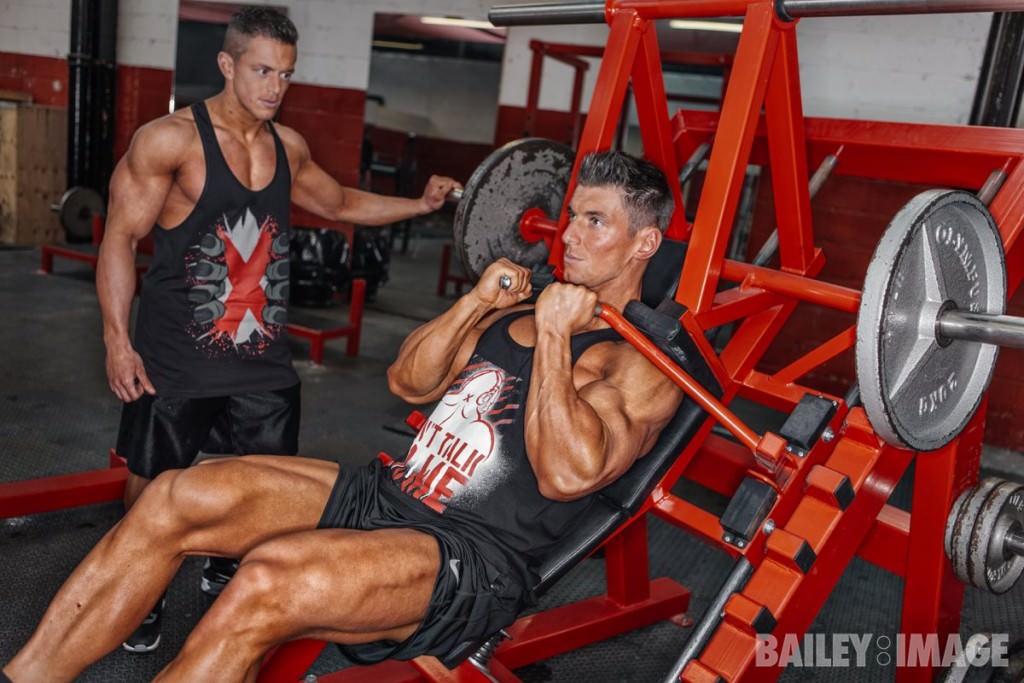 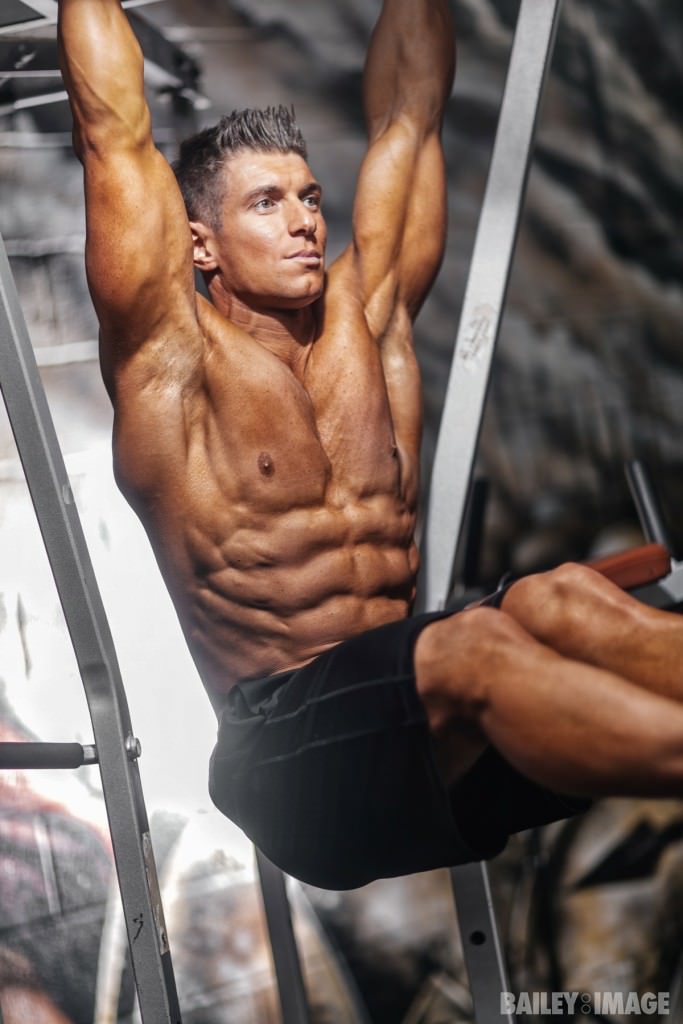 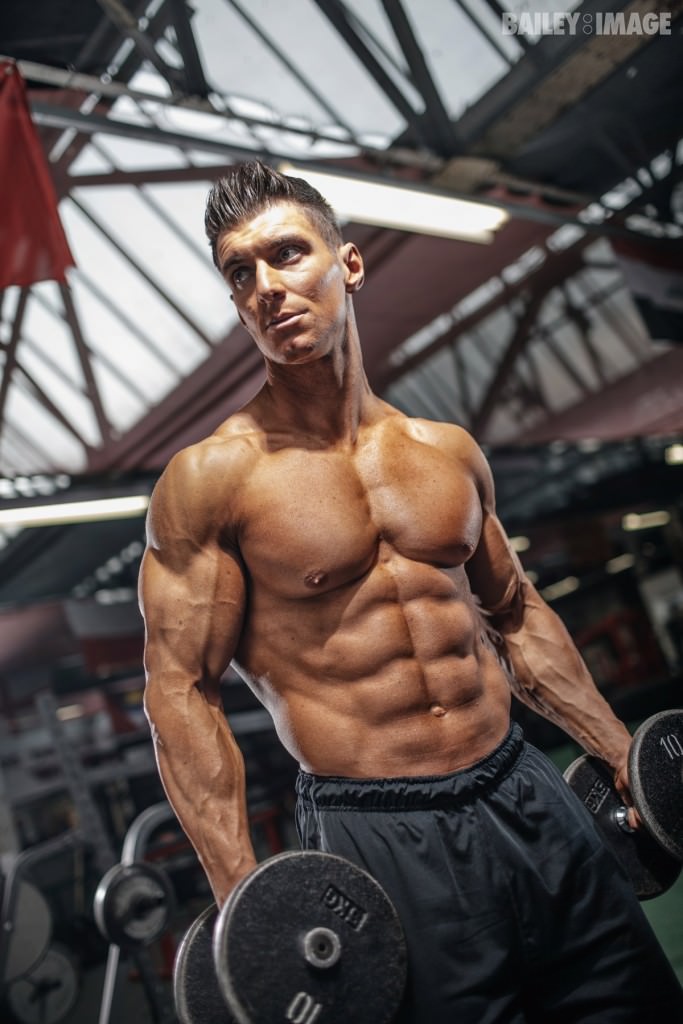