10/04/2015
Everyone loves a body transformation – but for me the story of Amy Leigh-Quine really stood out.
I got the chance to shoot her for Muscle and Fitness for a feature about how she went from stick-thin model to fitness champion in less than a year.
Like so many young women she always believed weight training would make her look too masculine.
The 22-year-old had never picked up a barbell or a dumbbell until just several months before her victory at the Kent Classic 2014 in the bikini fitness class.
She then went on to finish third in the British Championships in her first year in the sport.
Leigh-Quine, who was a graduate from the London School of Modelling, really is an athlete on a meteoric rise.
For the Muscle & Fitness shoot I wanted to capture her raw talent on camera. The gym was quite hard-edged and industrial so I used this to create mood in the shots.
One of my favourite images of Leigh-Quine from the shoot is an image of her posing in front of some huge metal shutters. You can’t beat the cold, steely texture of metal to add drama to a shot.
This was the image that was used as the double-page opening shot in the six-page Model Ambition feature in January’s magazine.
I really tried to mix it up and took some more portraits of the former model posing on the dumbbell racks and on the tricep pulldown machine using my trusty 85mm lens.
As a little nod to the victory in the Kent Classic I took a half-length portrait of her in her stage bikini.
But I also managed to get some action shots of her training.  Among the shots that made it into the magazine are images of Leigh-Quine hitting some pull-ups and leg raises which really showed off her physique.
What Leigh-Quine has achieved in just 12 months is amazing an if she carries on in the same vein she could make a massive impact on the sport. 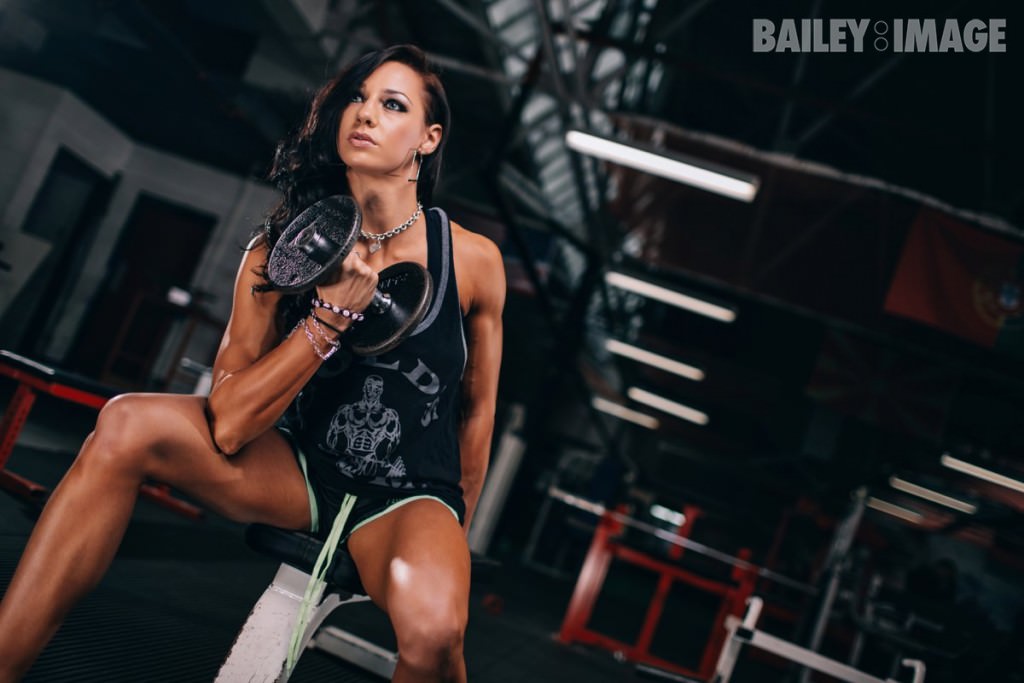 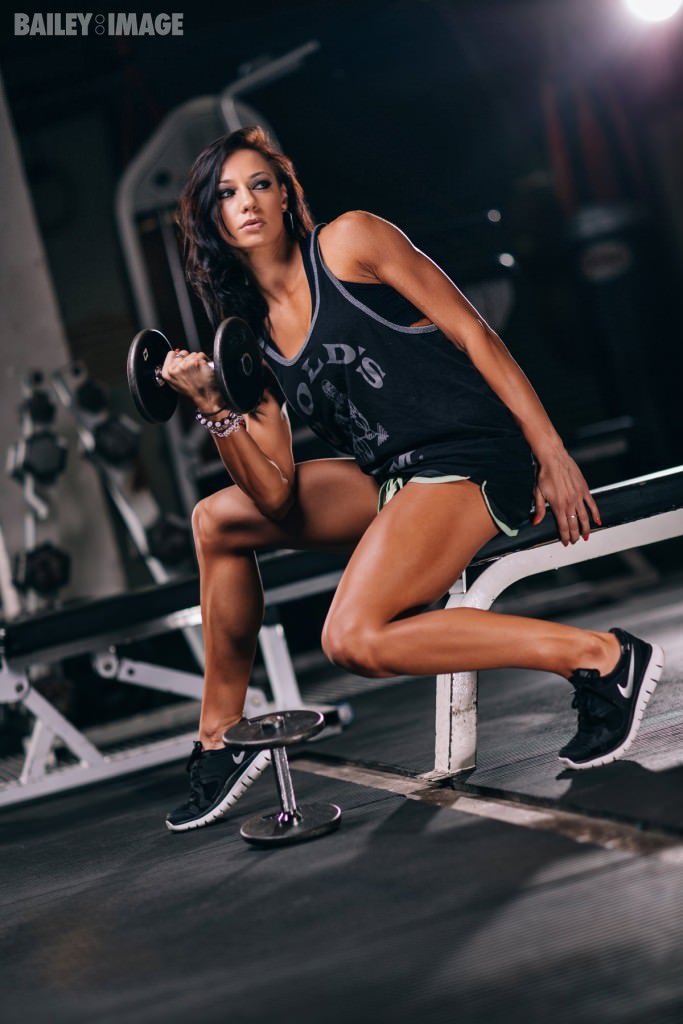 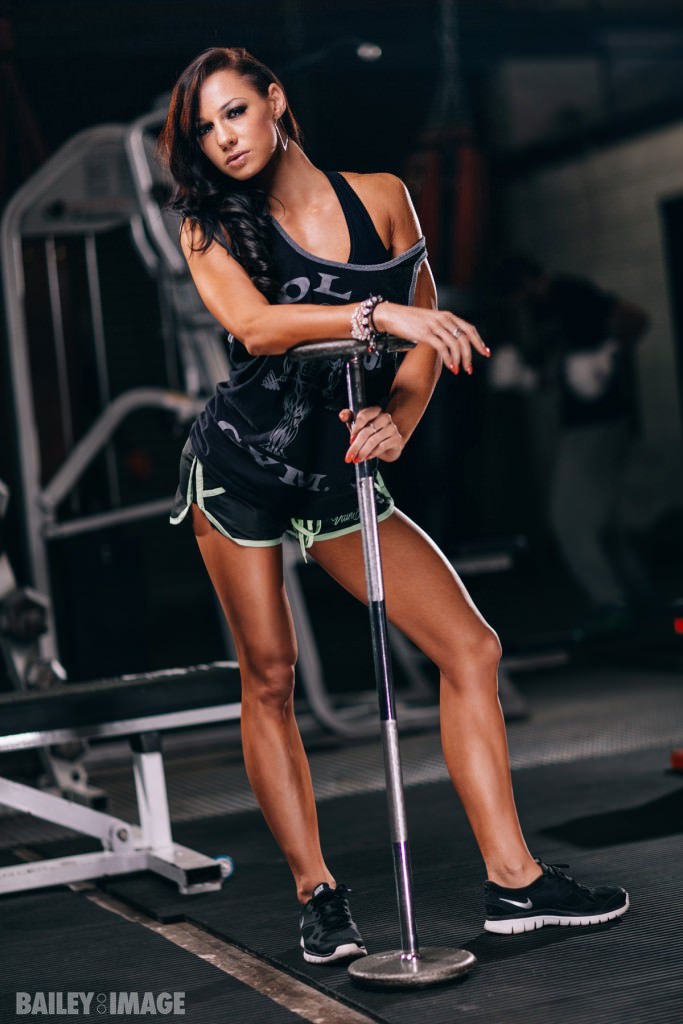 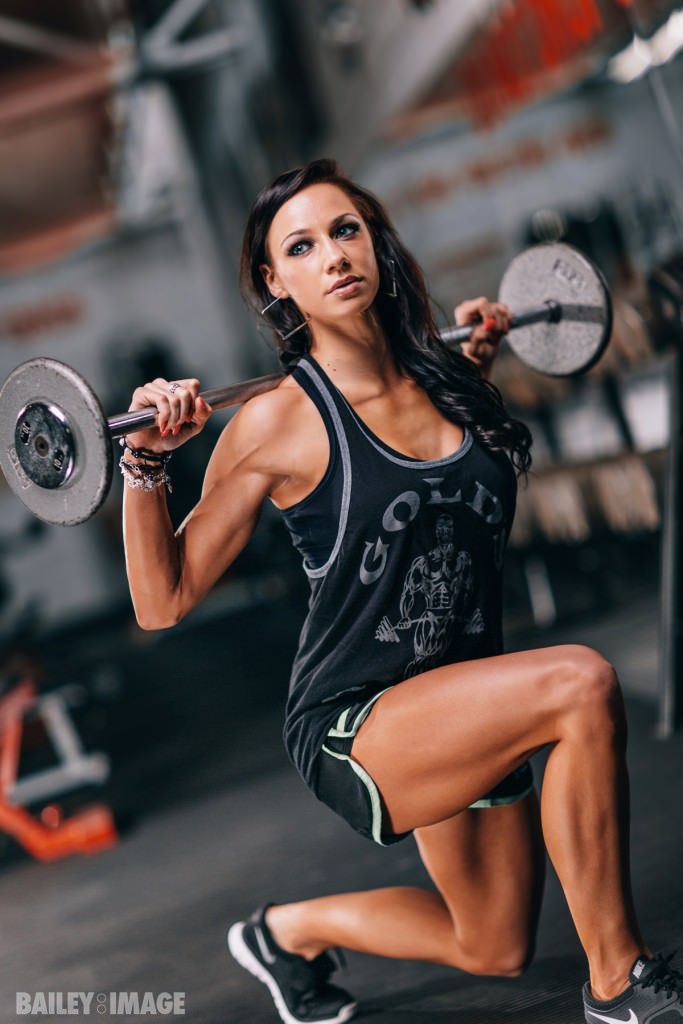 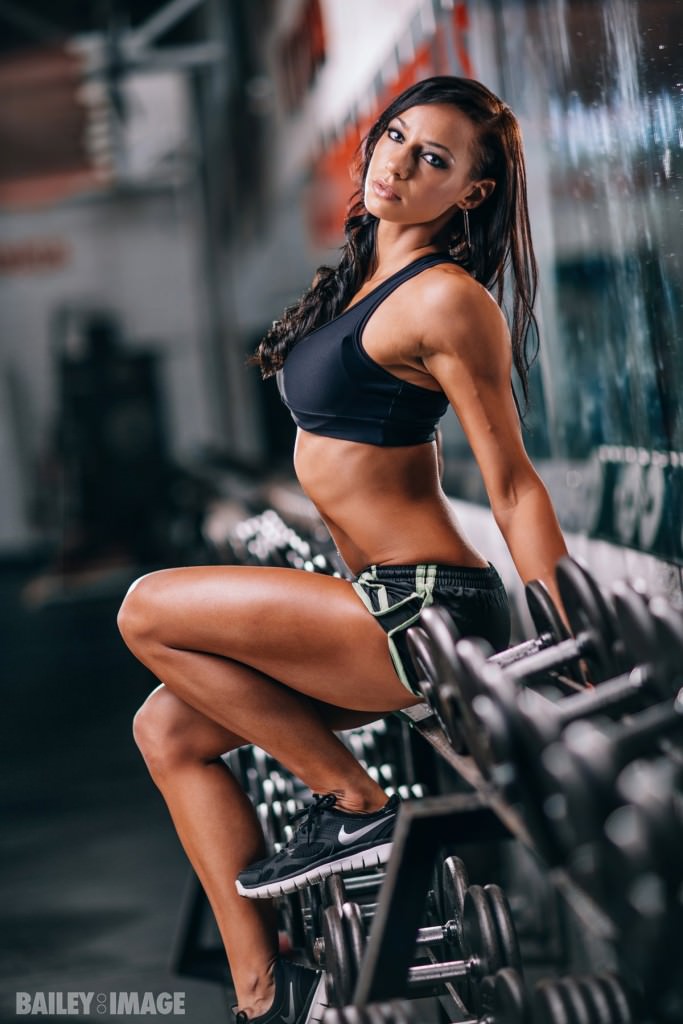 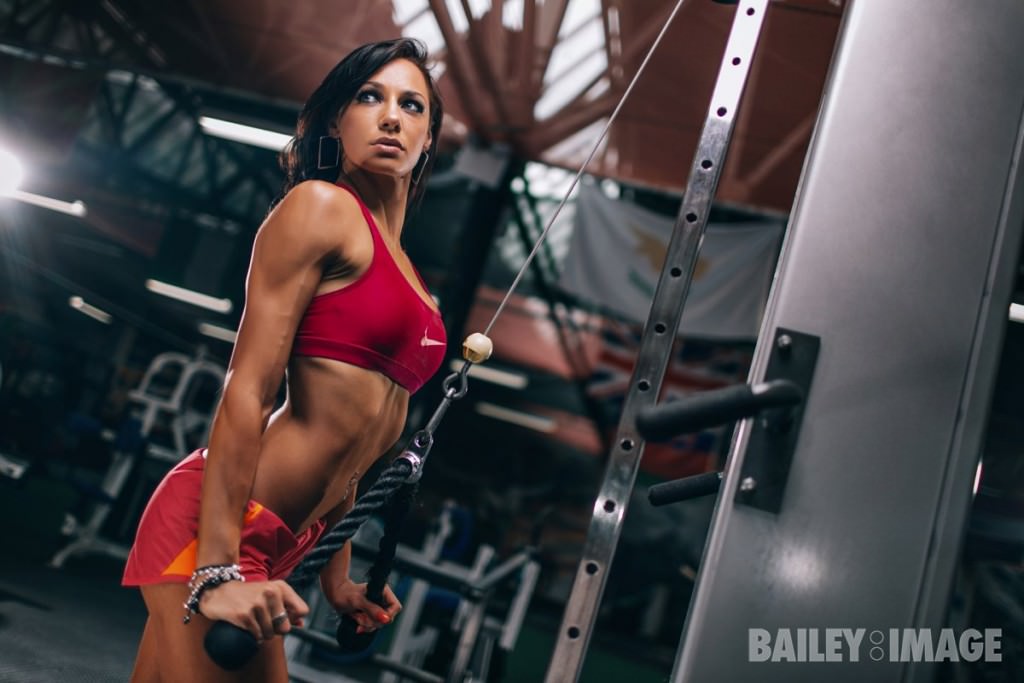 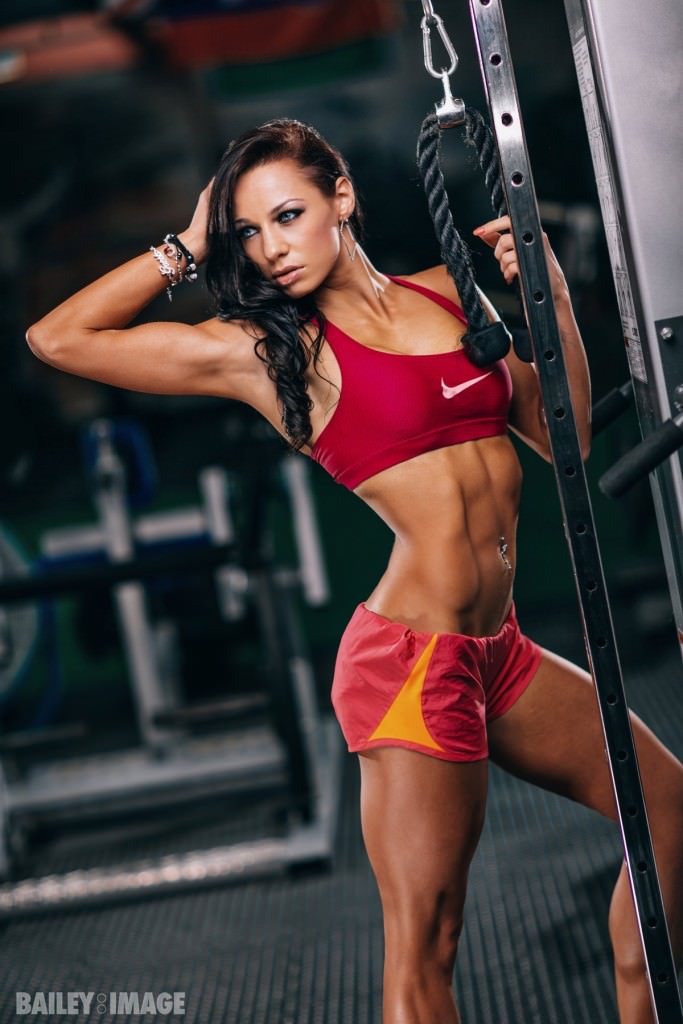 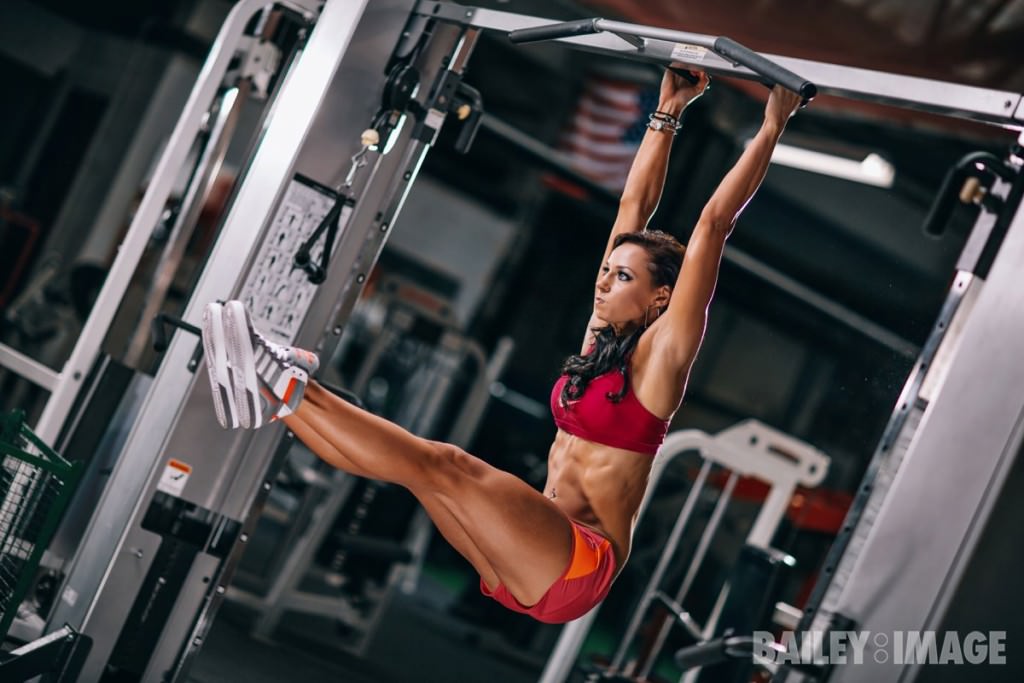