27/04/2015
If you have ever been within 20 miles of a gym you will probably have heard of Nick Mitchell.
He is the founder of Ultimate Performance gym, world-renowned body composition expert and all-round strength and conditioning demi-god.
Nick is known for his amazing body transformations, so as a Muscle & Fitness Photographer I was asked to fly out to his Ultimate Performance Marbella gym to do a shoot with him, I was pretty stoked.
Nick had designed the 100 Day Challenge –  a three part mega-programme designed to develop a killer chest and arms. It’s a pretty hardcore plan.
Muscle & Fitness brought in fitness model Vaughn Cohen to do the shoot with Nick at his exclusive Costa del Sol facility.
The sheer size and depth of The 100 Day Challenge programme meant we had a lot of shots to get.
Nick’s training goes pretty deep and includes moves that would probably leave many gym-goers scratching their heads – so we worked through the complex exercises to get some instructional shots.
We got how-to photographs for the seated overhead cable French press, guillotine press and the rather pithily-named ‘decline EZ bar extension into close grip decline EZ bar press.’
Ultimate Performance Marbella has a cool rooftop terrace which was perfect for shooting some of the more functional movements like close-grip press ups, pull-ups and rope pulls. The outdoor element added a different ingredient to the images we got.
The 100 Day Challenge was a flagship feature for Muscle & Fitness so we needed double page opener images that really shone.
I dug out the 85mm portrait lens to get some strong shots of Vaughn in action. The three portraits that made the cut included Vaughan straining on a rope pull, hitting a bicep curl and setting up to do ring dips on the rooftop.
The Spanish shoot was a massive job but the results were fantastic and produced a great series in M&F October, November and December.
Here’s some of the shots I took… 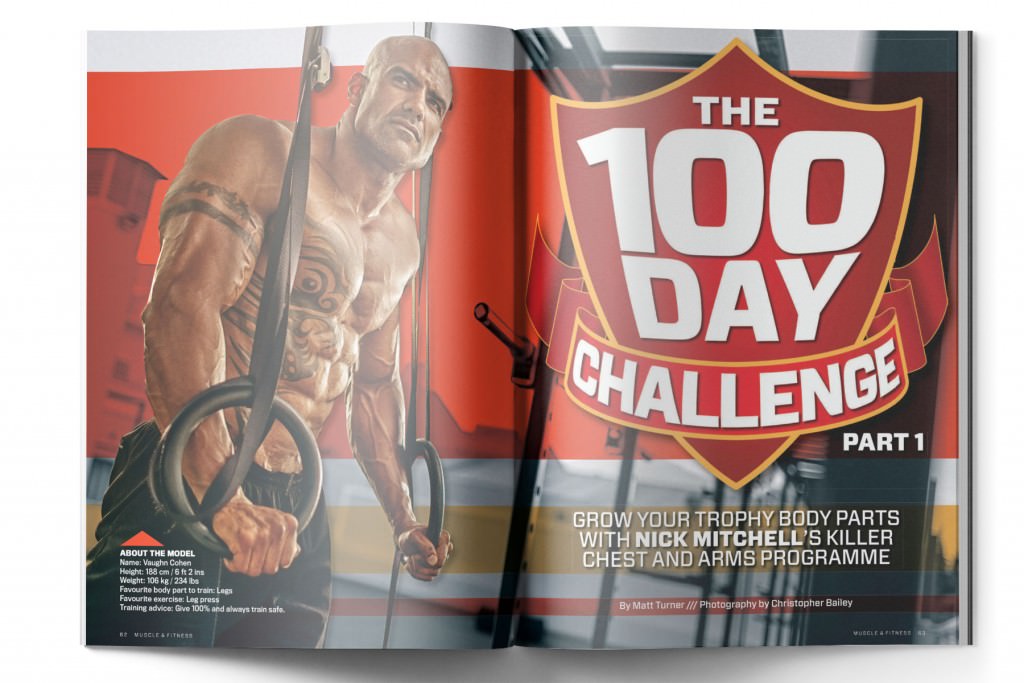 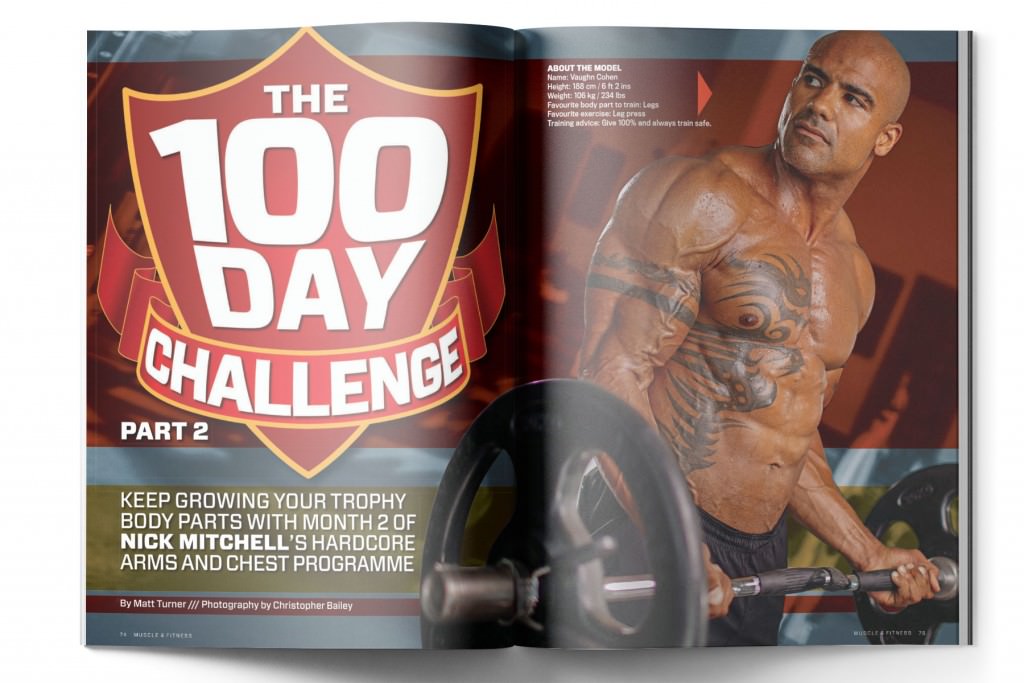 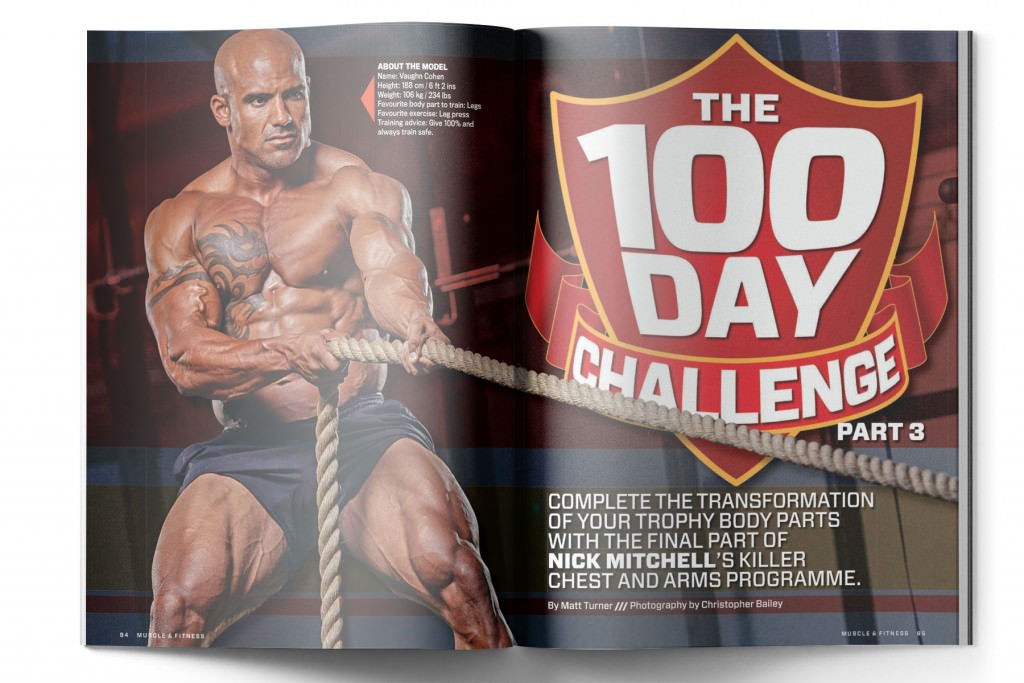 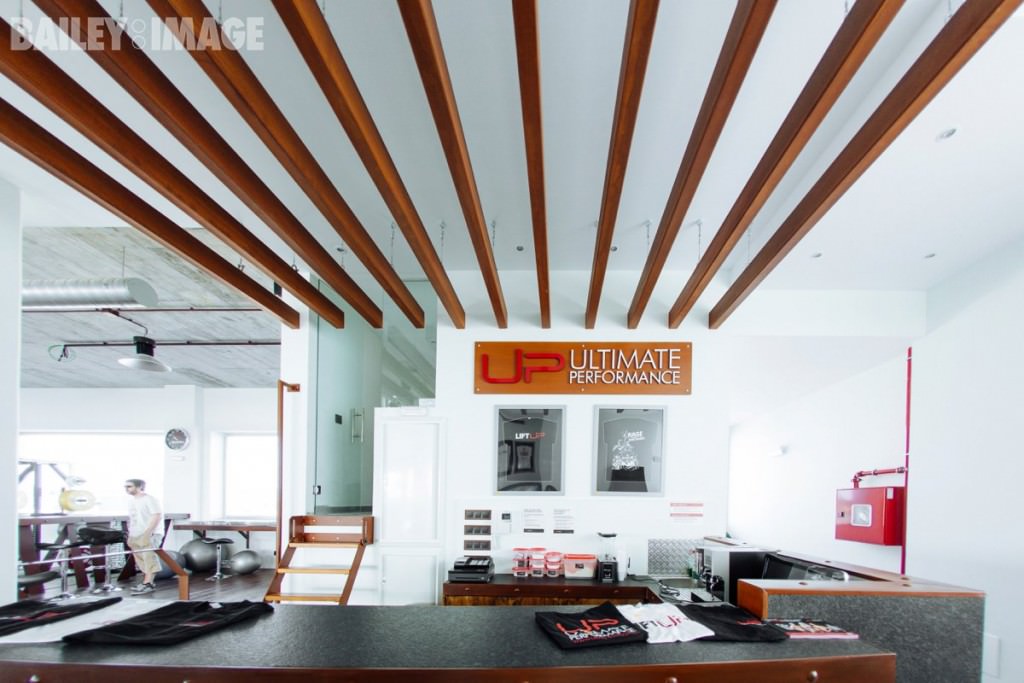 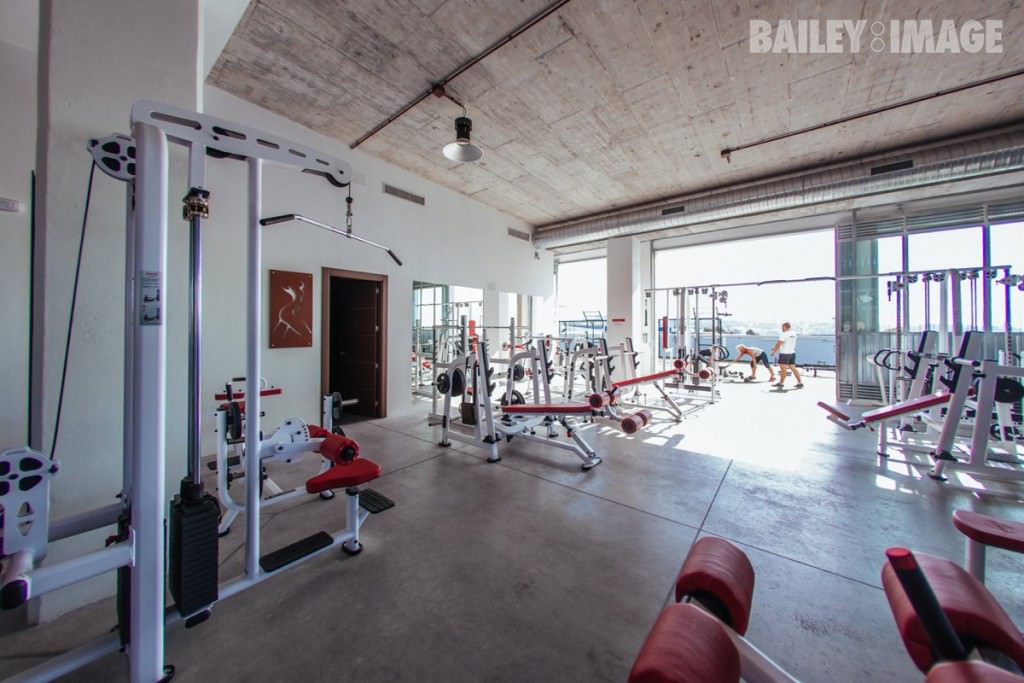 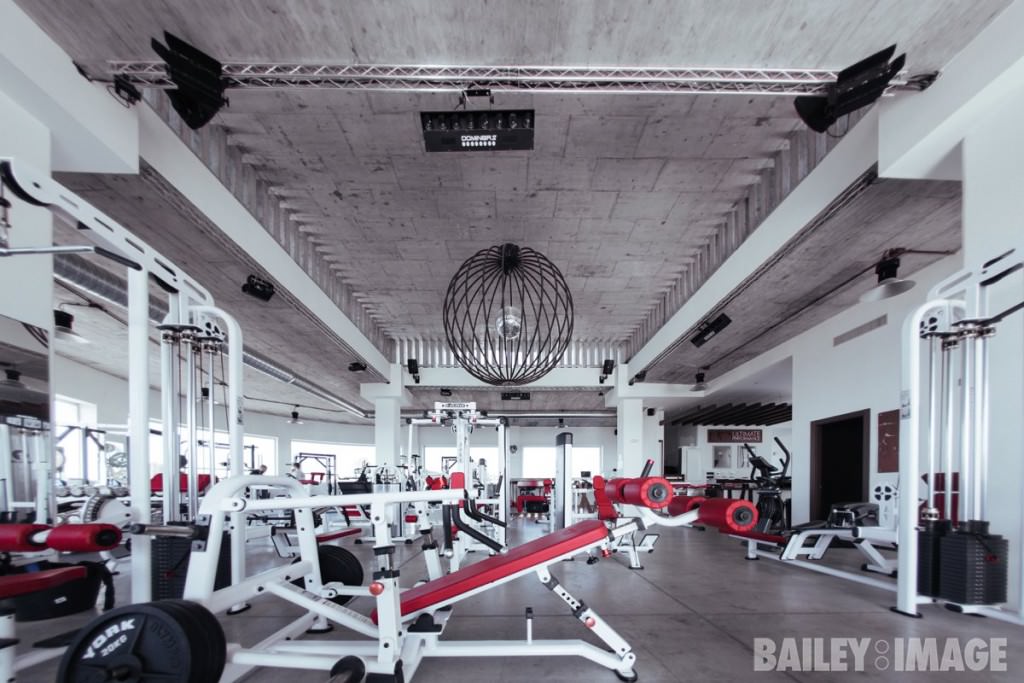 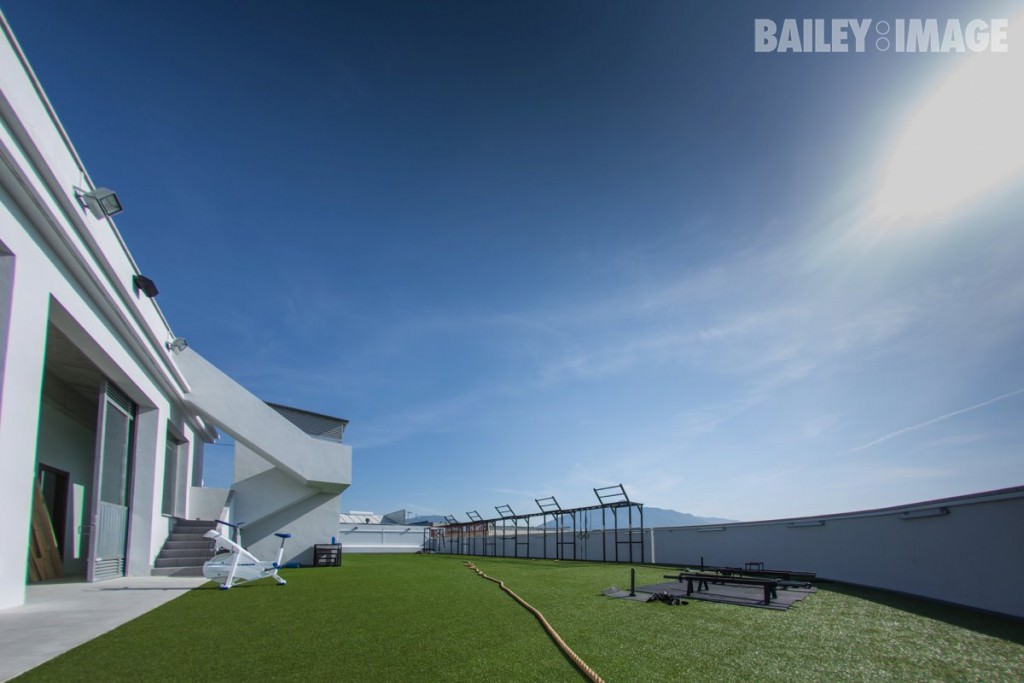 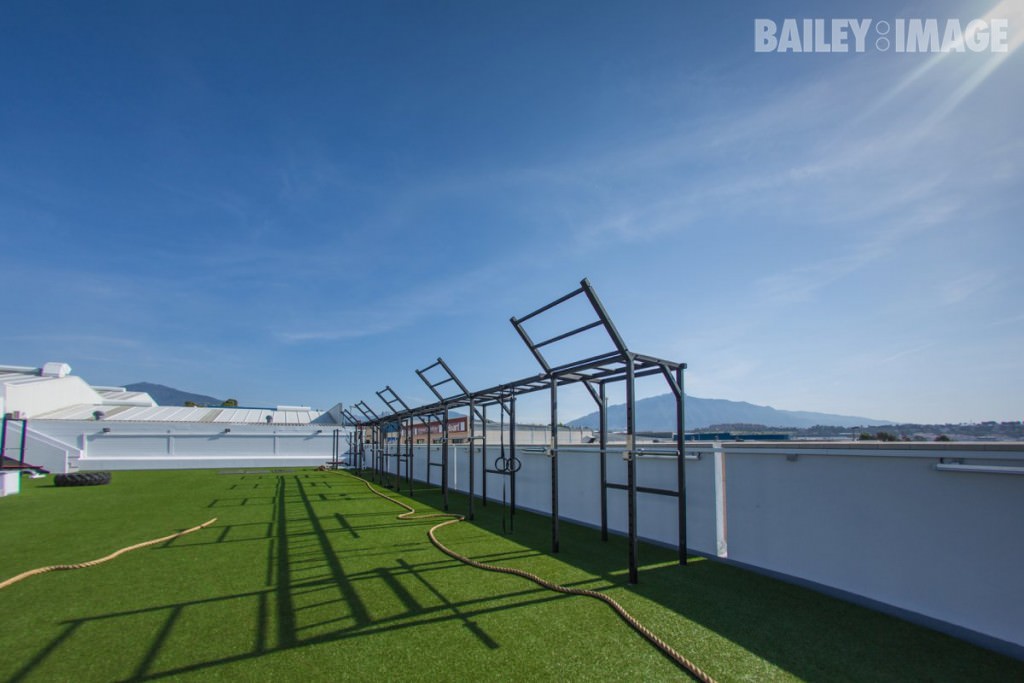 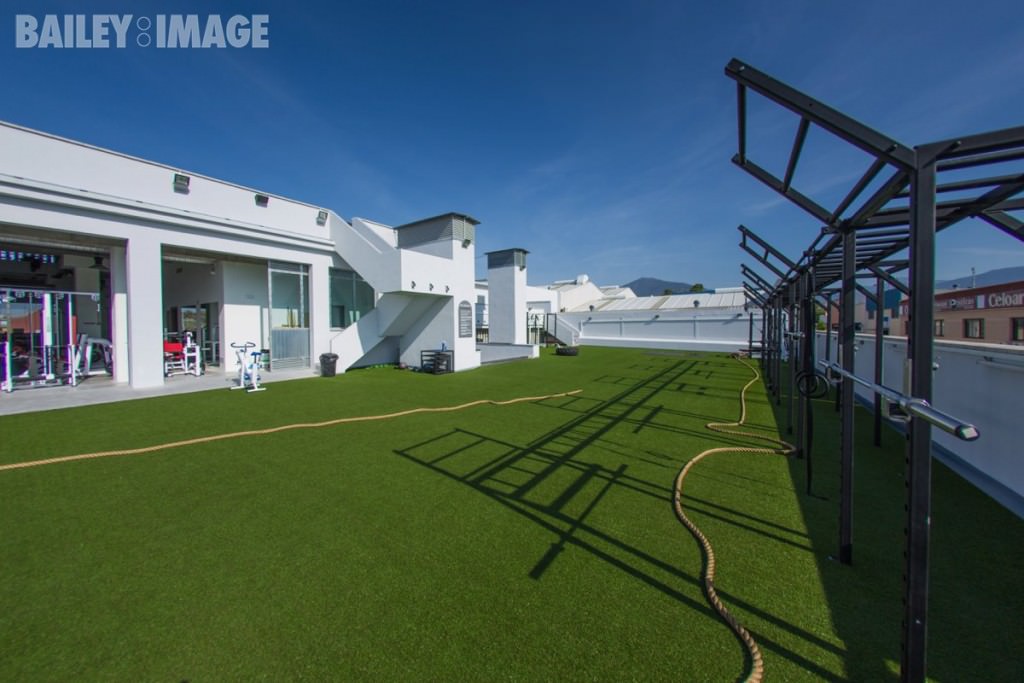 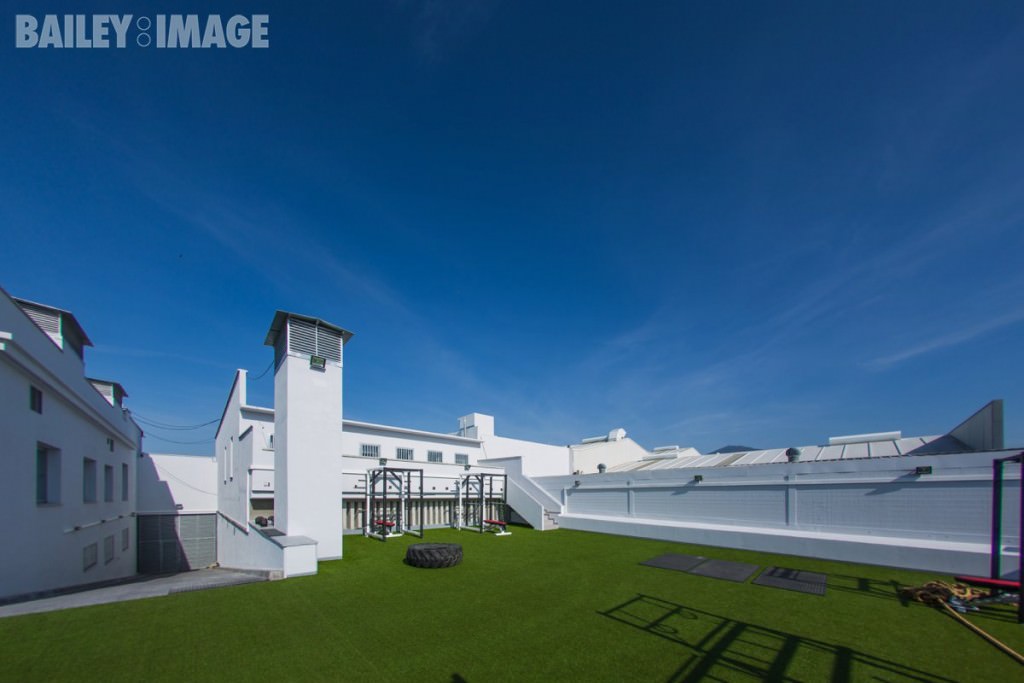 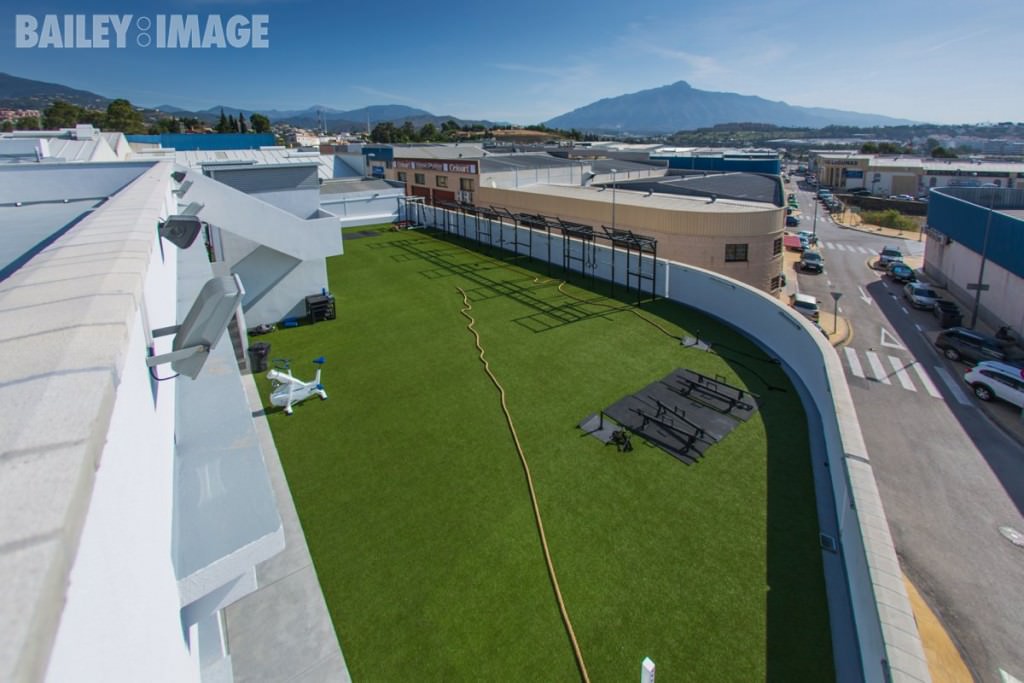 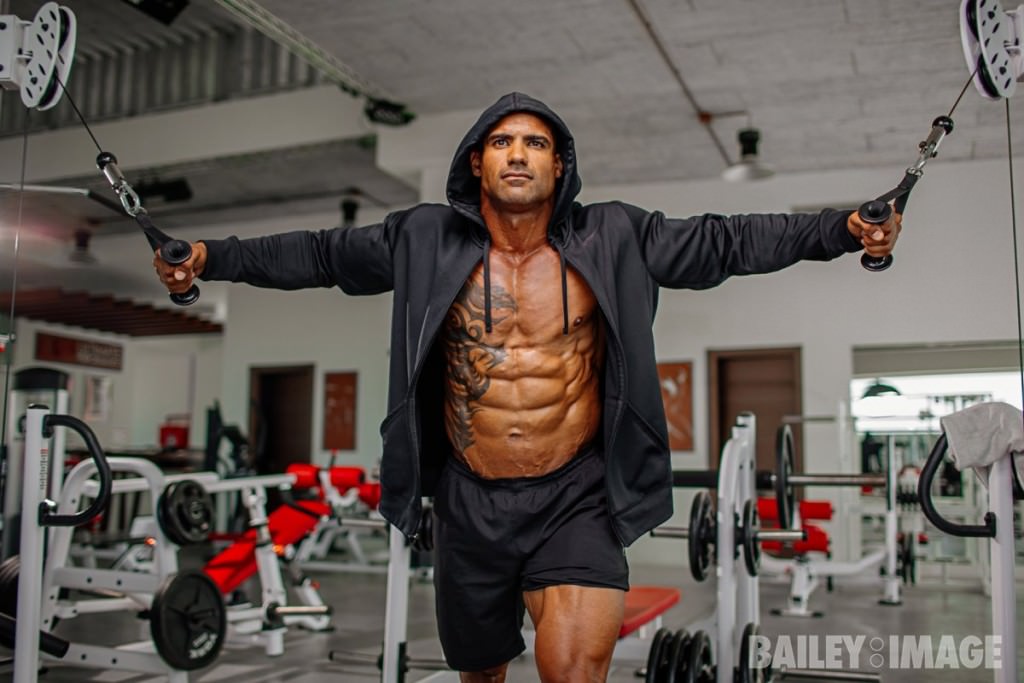 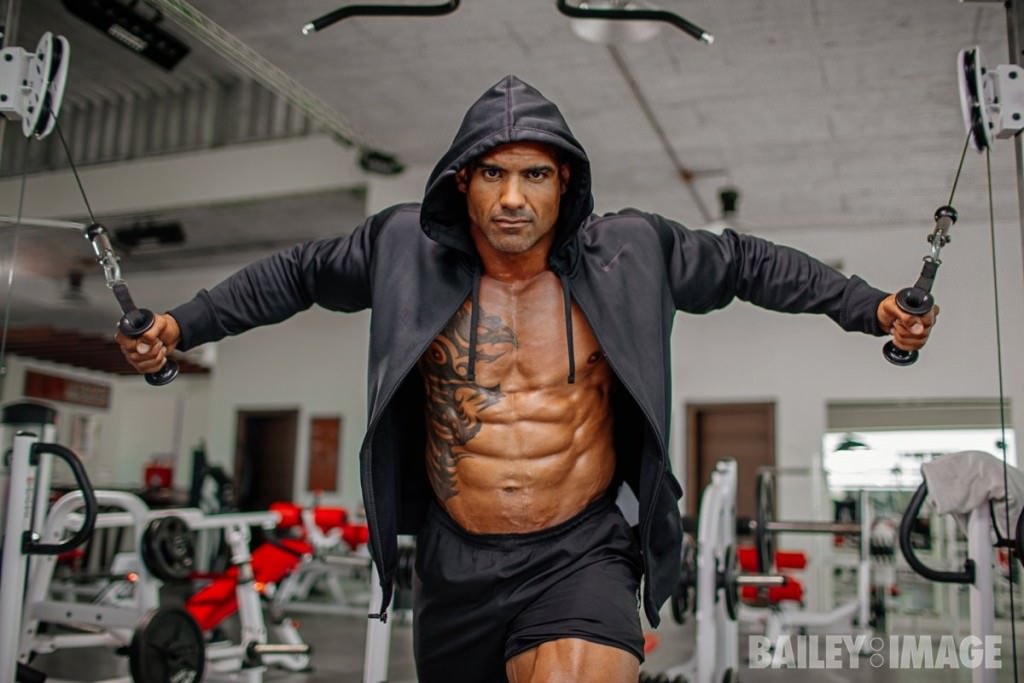 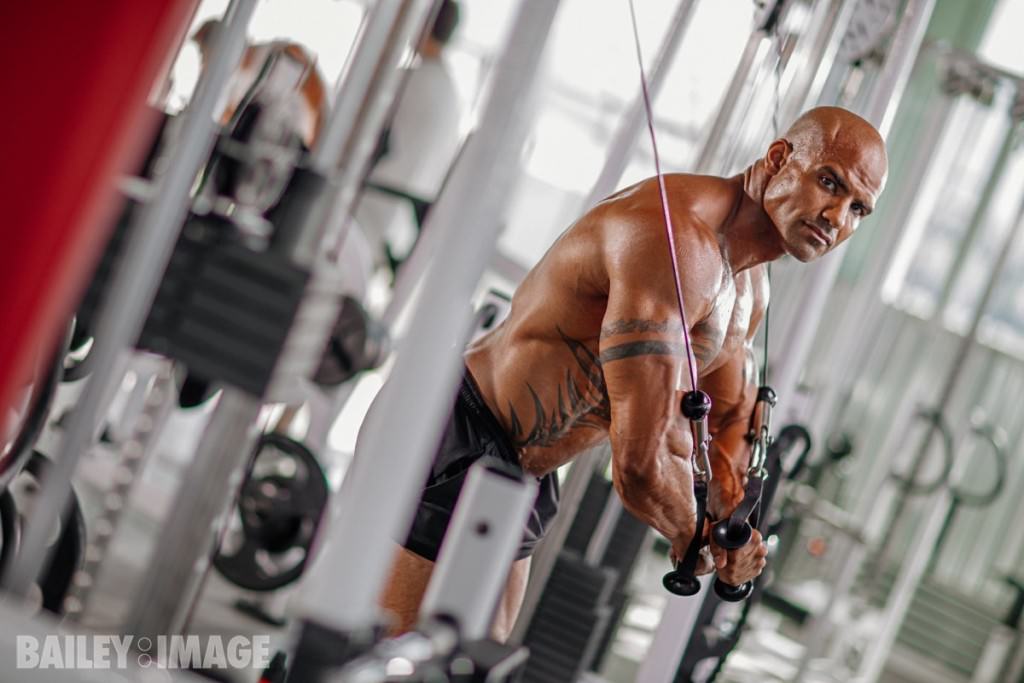 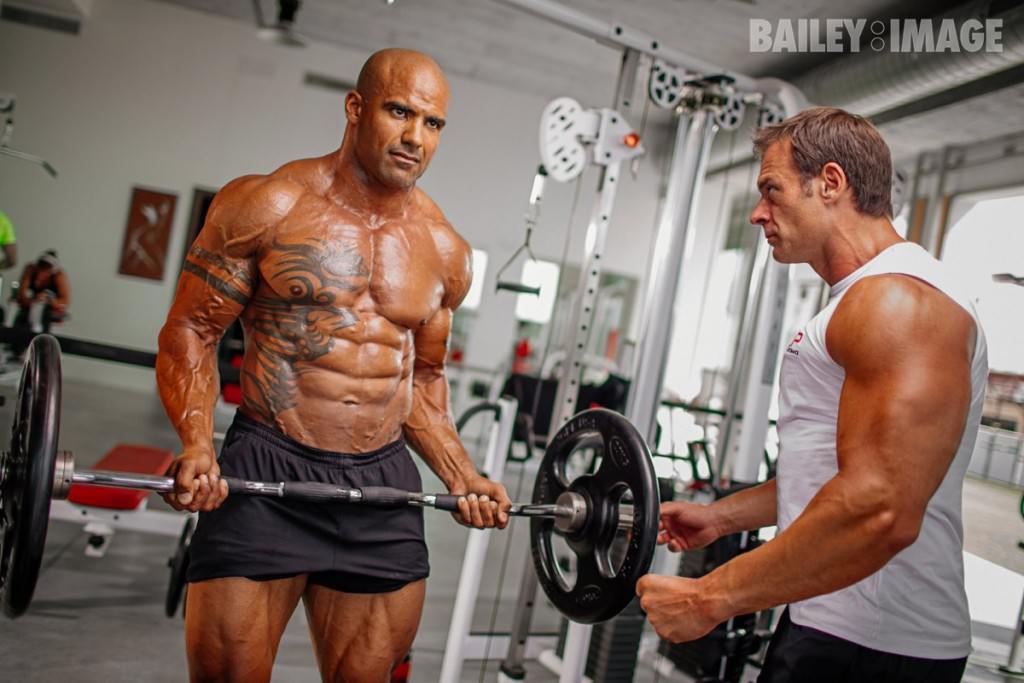 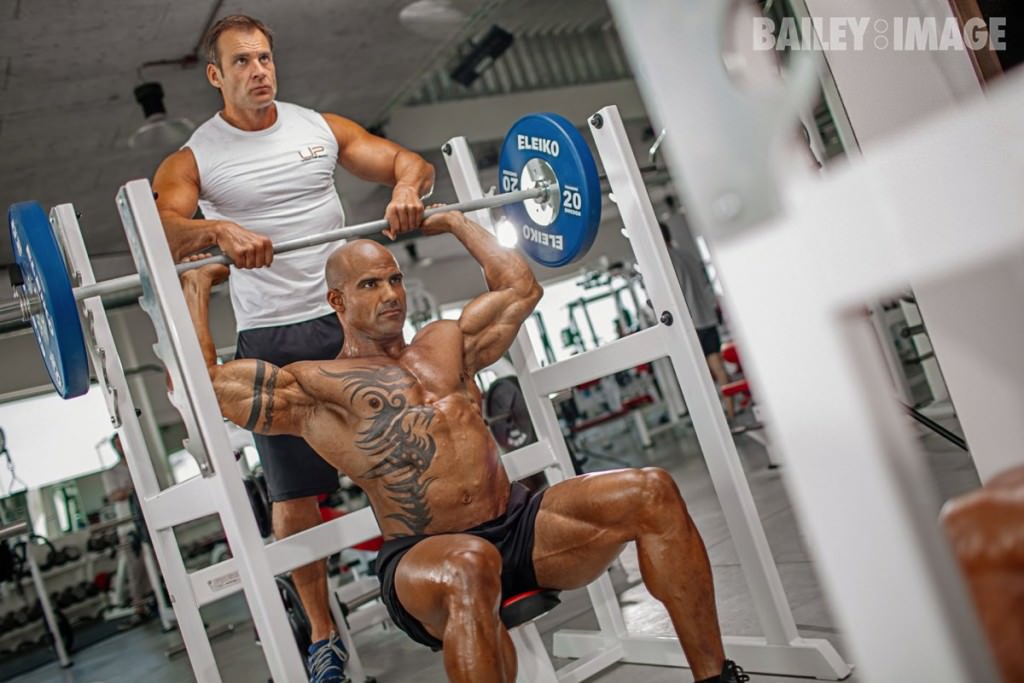 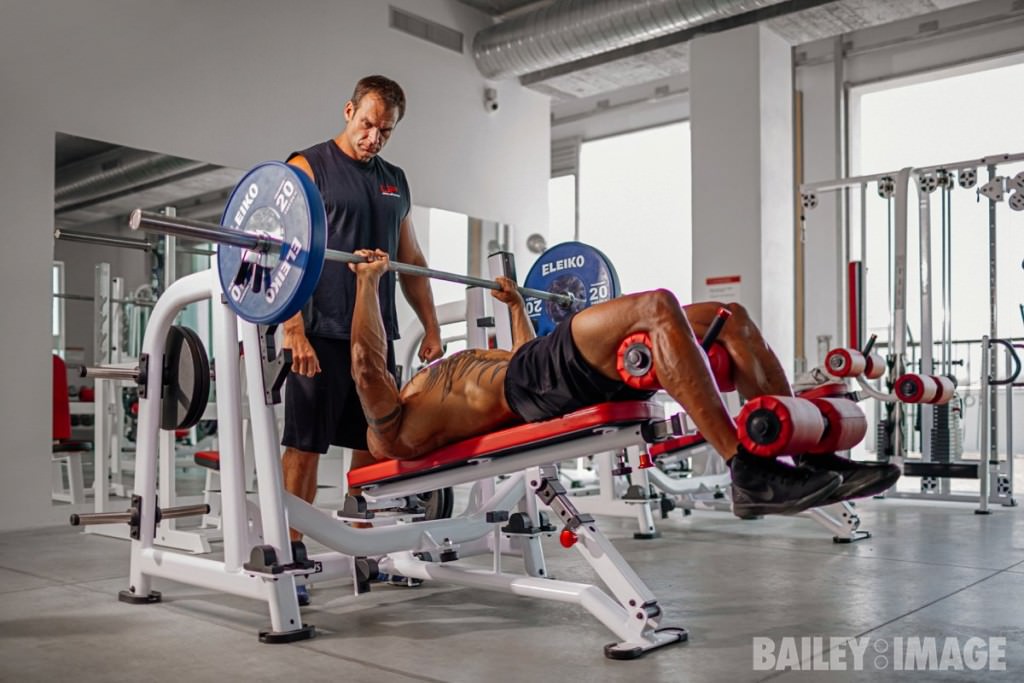 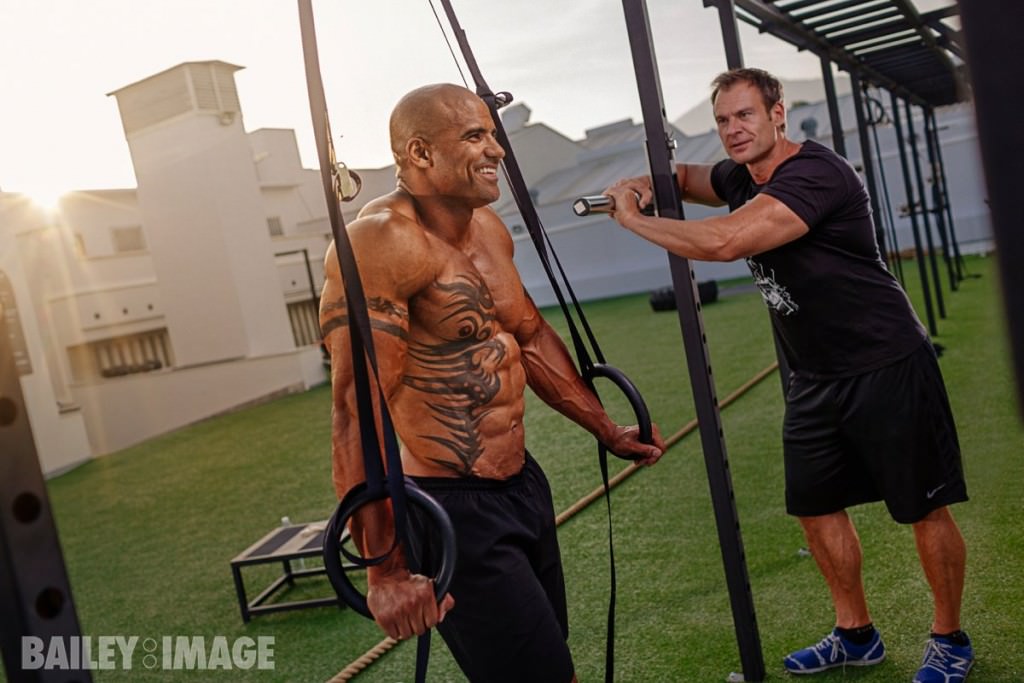 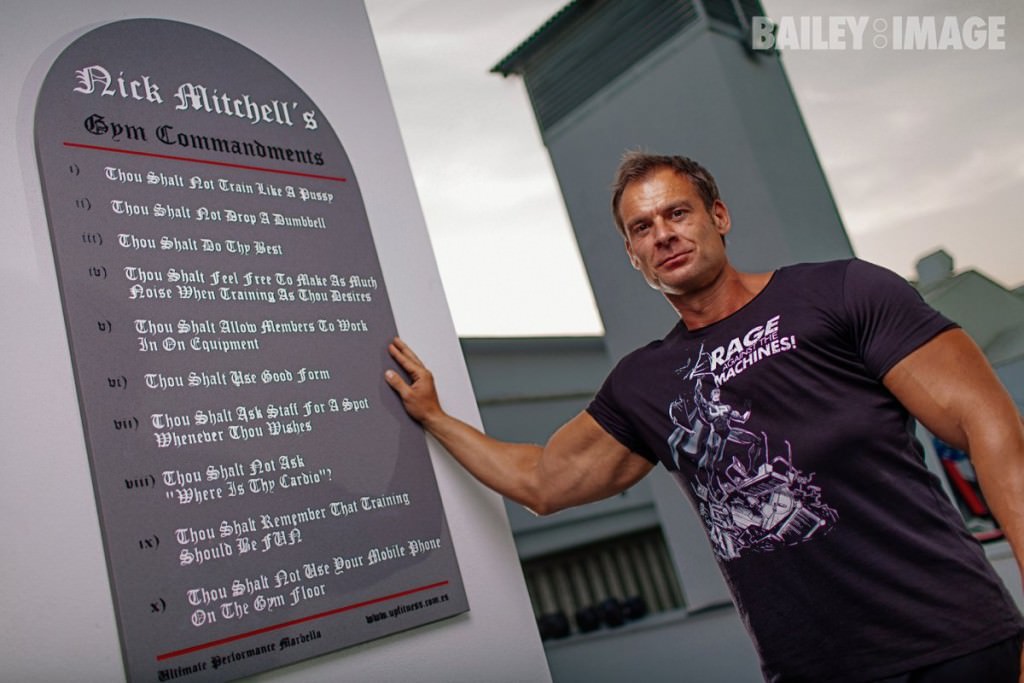 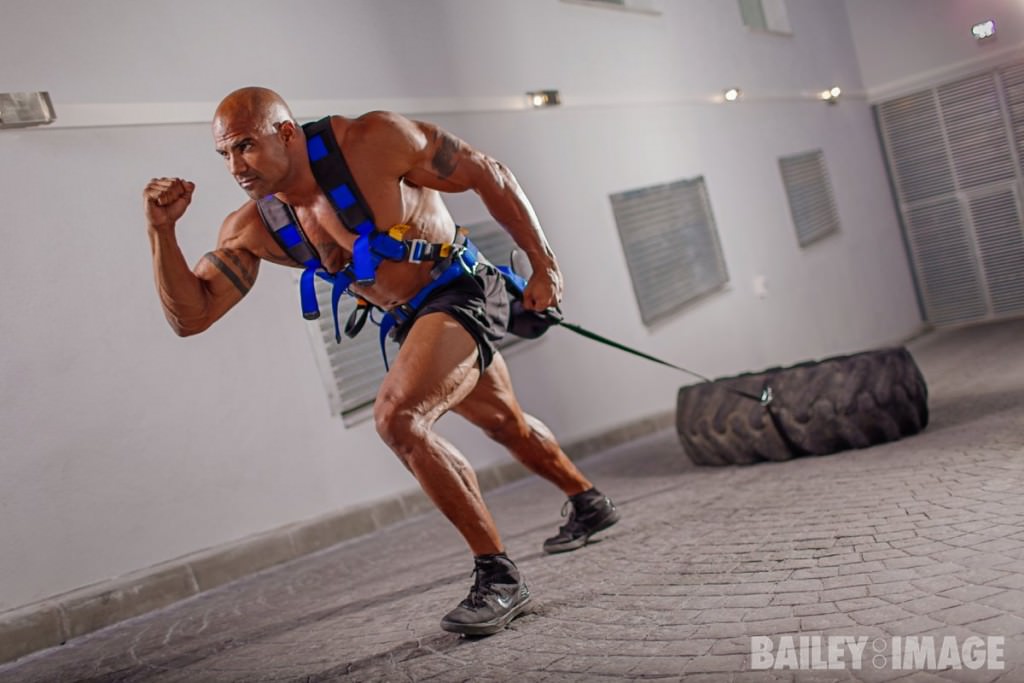 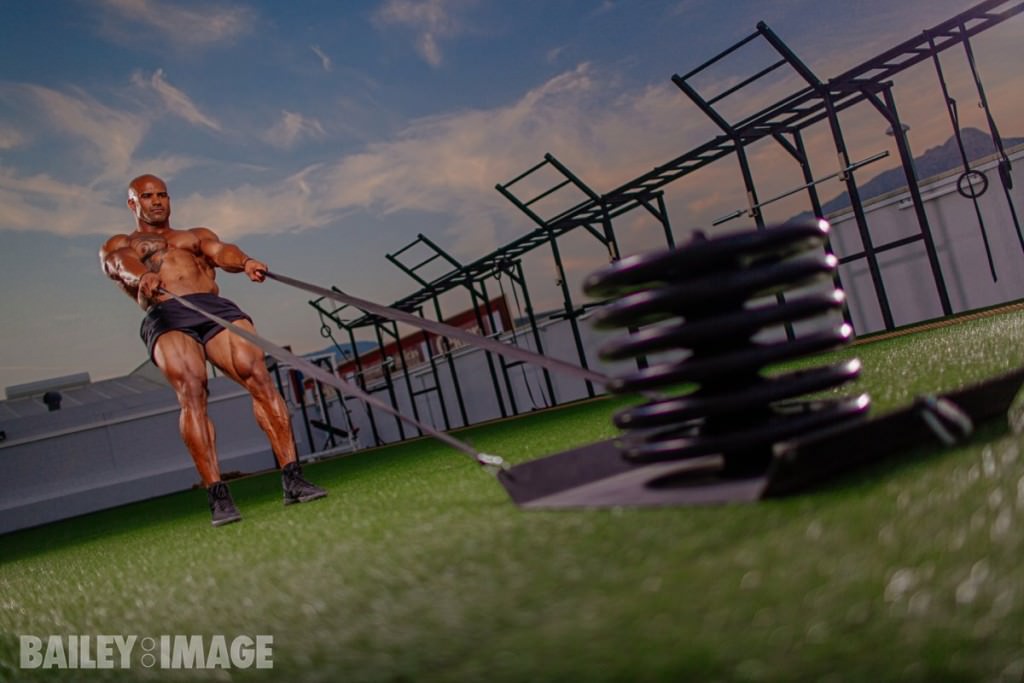 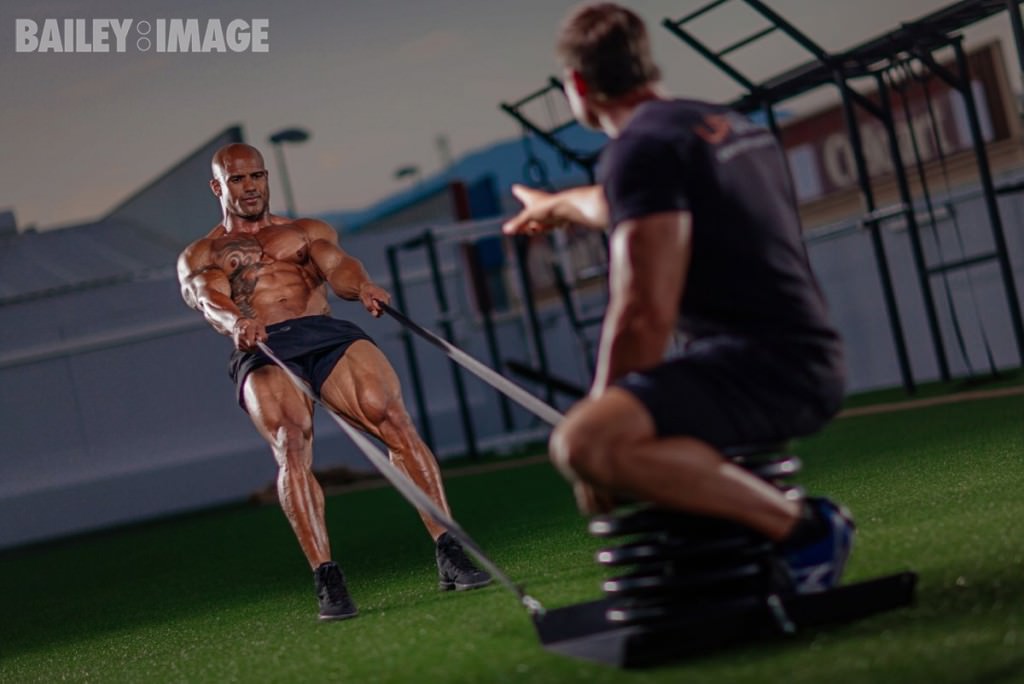 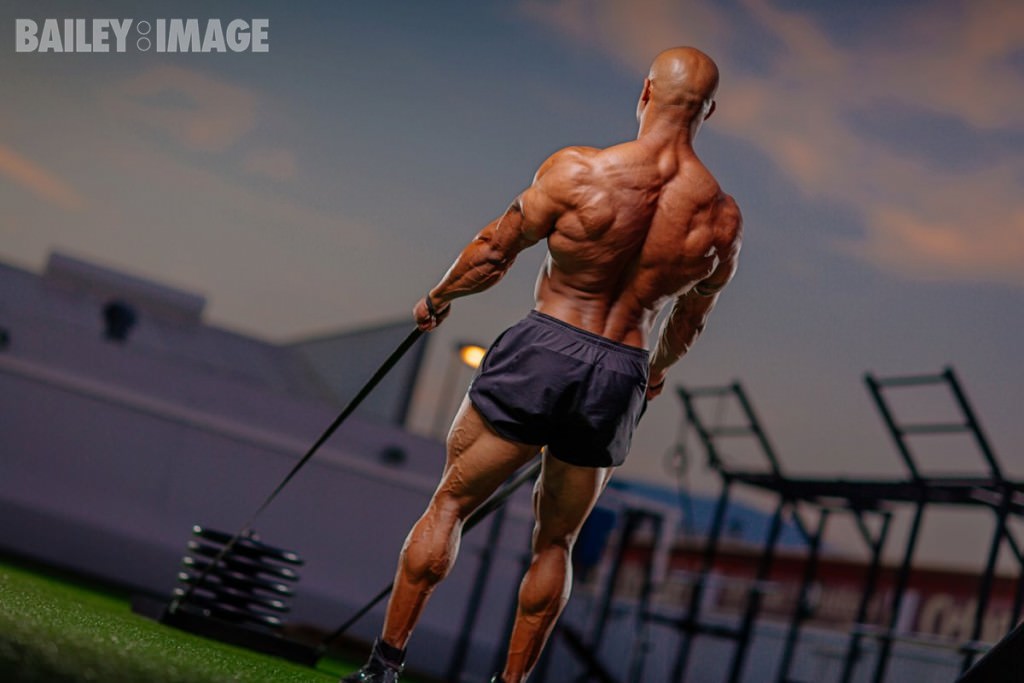 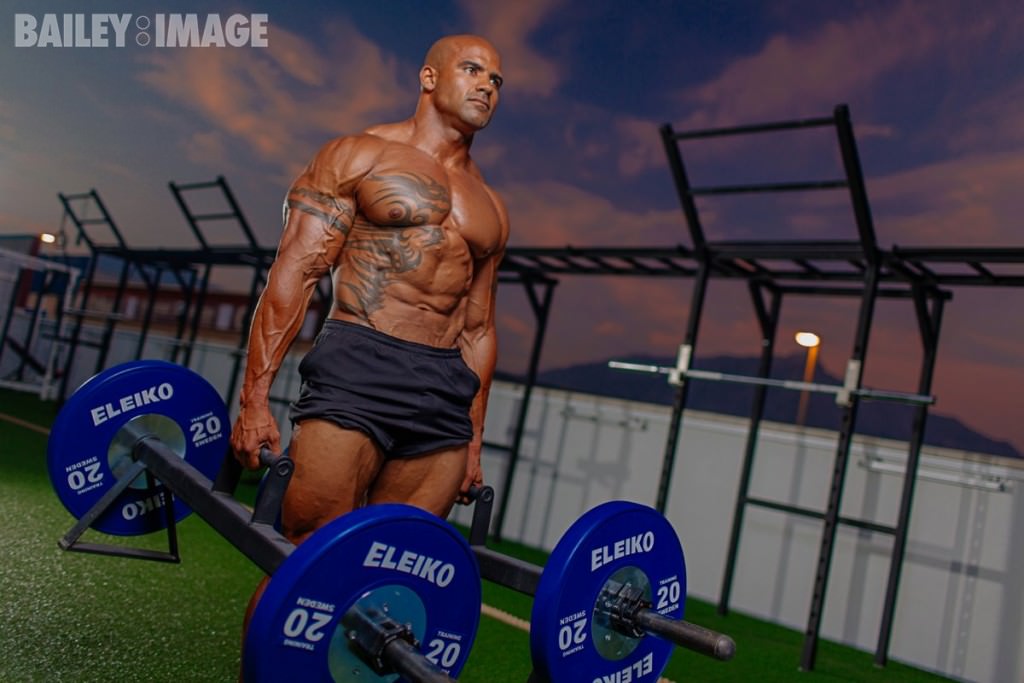 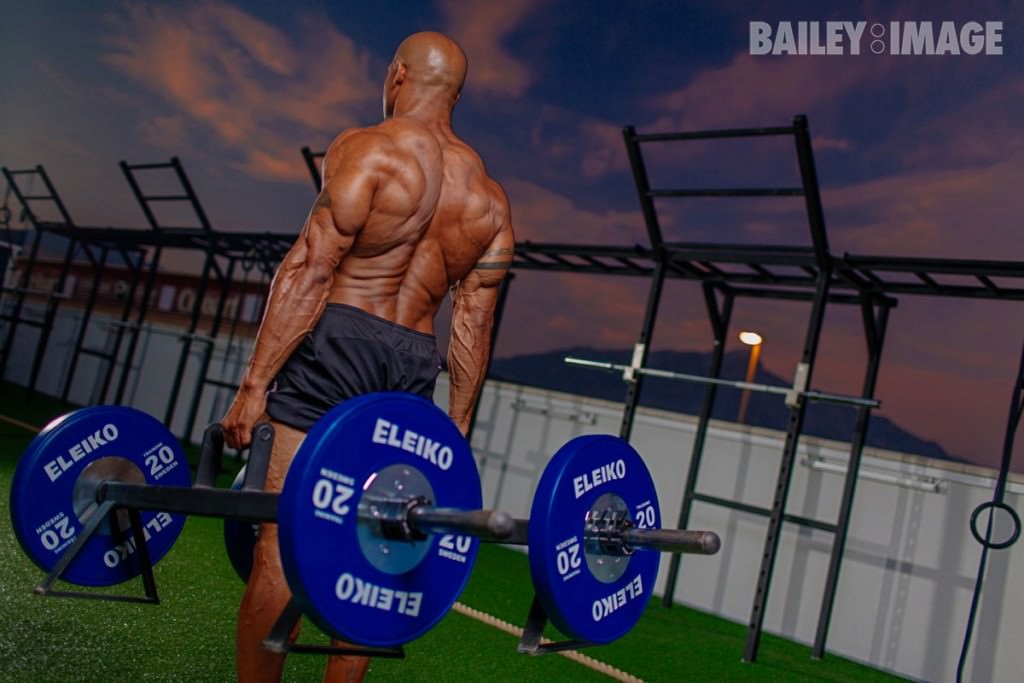 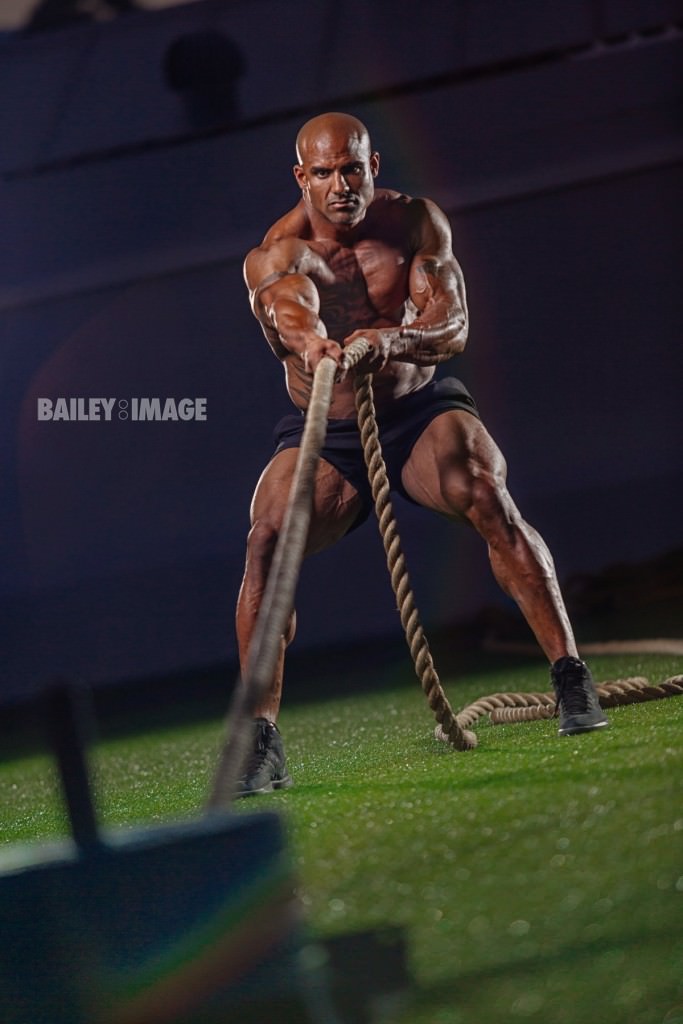 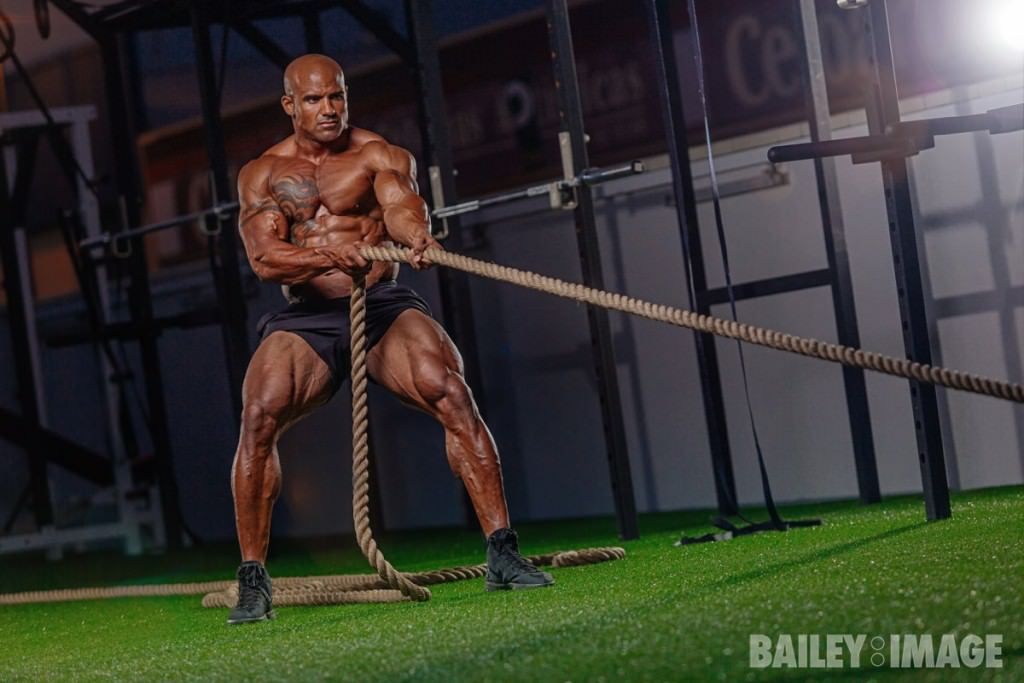 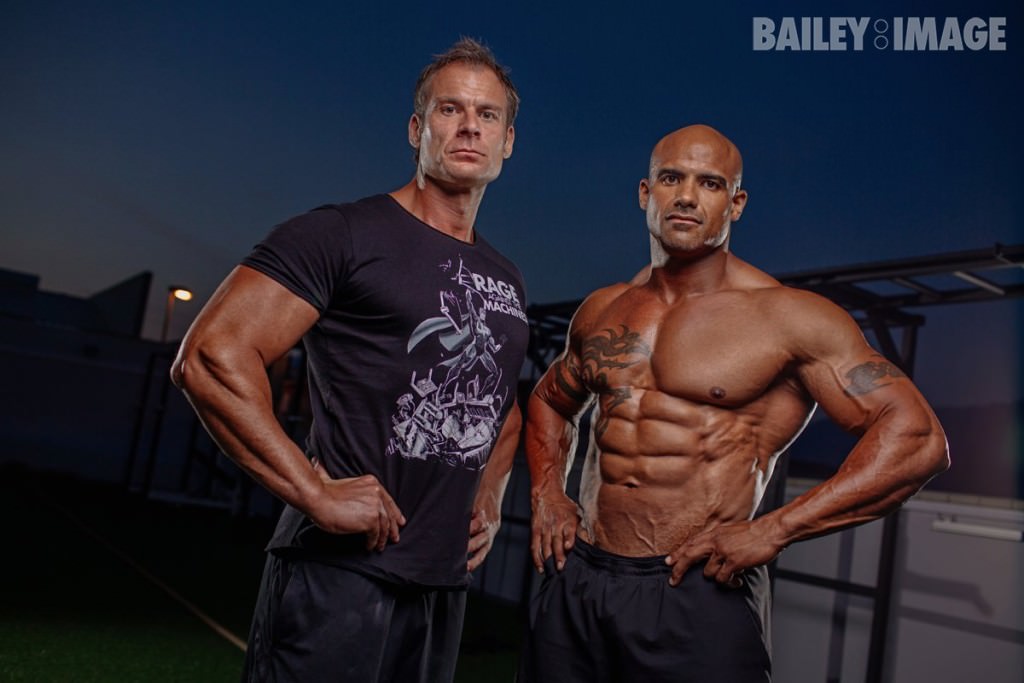 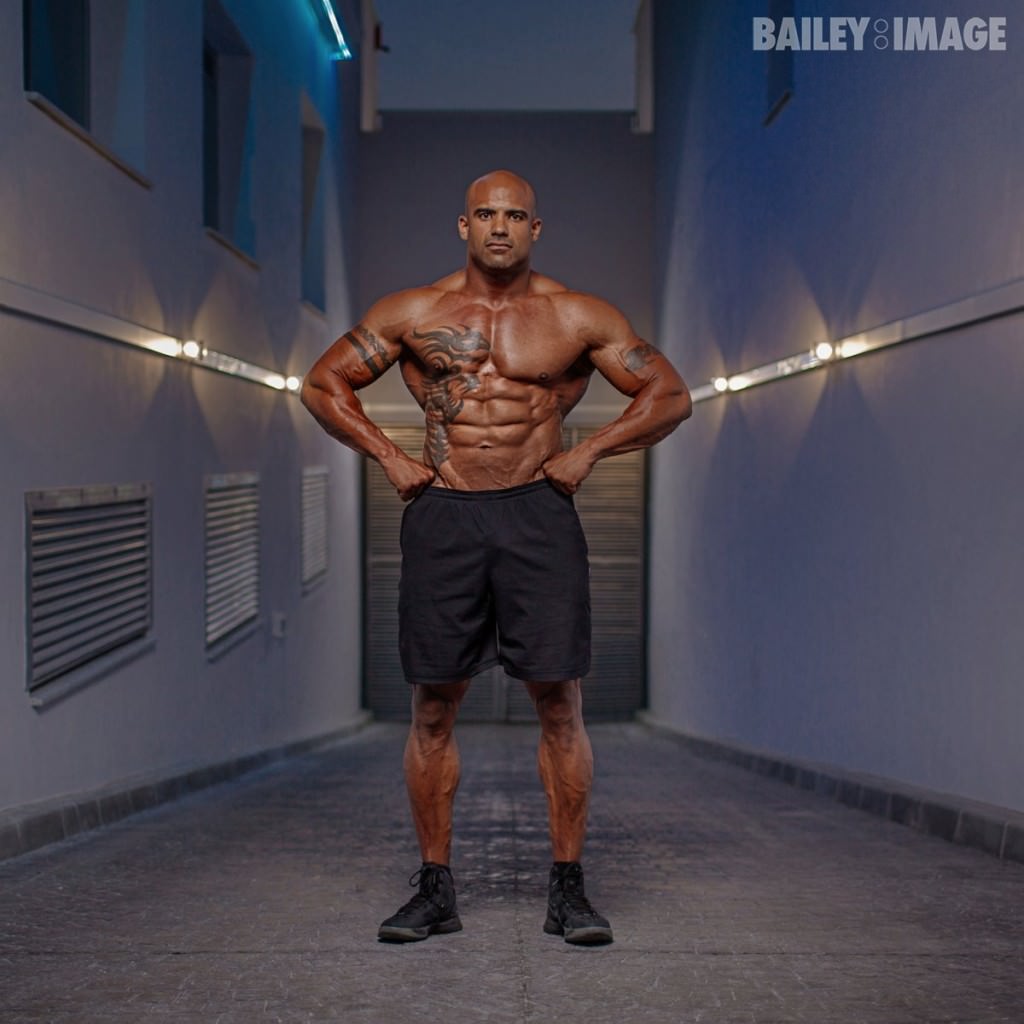